Sergio Aguero scored a hat-trick as free-scoring Manchester City climbed to the top of the Premier League with an irresistible 6-0 victory against Watford.

City were in exuberant mood and added a third before the break when the excellent Gabriel Jesus latched on to Aguero's cute pass to stroke home in the 38th minute.

After Nicolas Otamendi headed in a fourth in the 63rd minute, Aguero completed his treble with a neat finish at the end of a sensational run. Raheem Sterling added a sixth from the penalty spot after he was brought down by Christian Kabasele late on.

City have 13 points from five games -- three more than rivals Manchester United who play Everton on Sunday. Watford, in 10th, have eight points after their first defeat of the season. 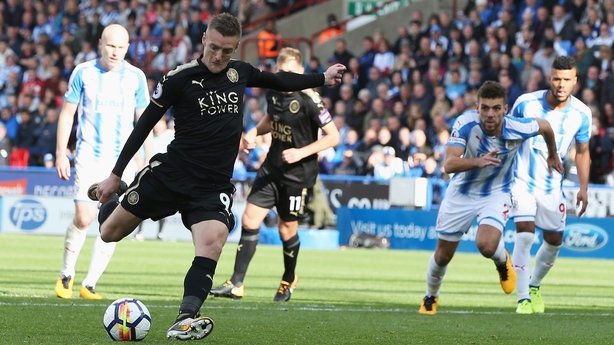 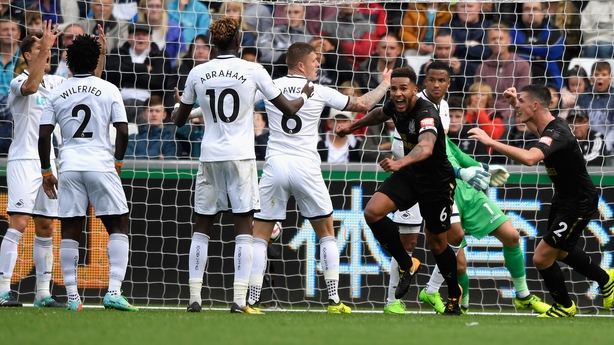 Jamaal Lascelles was Newcastle's hero for the second time in a week as Rafael Benitez celebrated his return to the dugout with a third successive Premier League victory.

Skipper Lascelles powered home a 68th-minute header to help Newcastle edge out Stoke 2-1, in the process securing a third back-to-back top-flight win for the Magpies for the first time since November 2014.

Christian Atsu had fired the home side ahead after 19 minutes, but Xherdan Shaqiri levelled 14 minutes after the restart to set the stage for Lascelles to repeat his feat at Swansea last Sunday, albeit with the help of goalkeeper Rob Elliot, who produced three excellent saves to deny Shaqiri twice and Mame Biram Diouf. 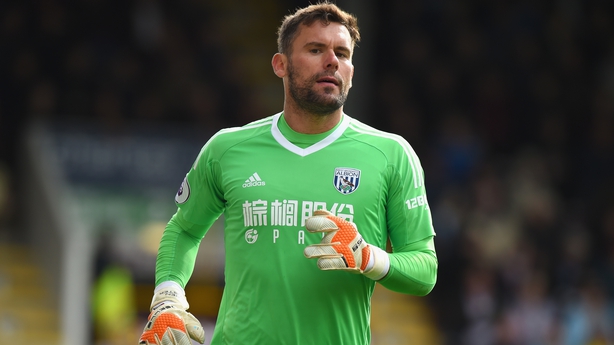 West Bromwich Albion goalkeeper Ben Foster was fortunate not to receive a red card for a reckless challenge as his side played to a 0-0 draw with West Ham at the Hawthorns.

Foster raced out of his box on 66 minutes and made a sliding tackle on West Ham striker Javier Hernandez, upending the Mexican, but referee Paul Tierney flashed yellow instead of red.

It was the big talking point of an otherwise forgettable Premier League game, with the closest that either side came to a goal being a long-range effort from just inside his half by West Hams Pedro Obiang that crashed against the crossbar.

West Ham defender Jose Fonte also had time to place his header from a corner in the first half, but steered the effort wide as manager Slaven Bilics side picked up their first away point of the season 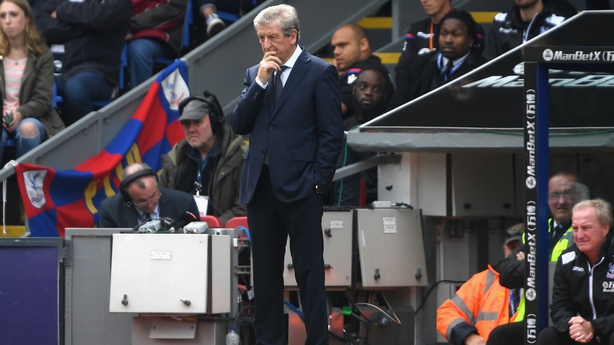 Roy Hodgson's first game as Crystal Palace manager ended in a 1-0 defeat to Southampton as they set two unwanted records at Selhurst Park.

Steven Davis' early goal for Saints means the Eagles have become the first ever top-flight team to lose each of their opening five league fixtures without scoring a goal.

Their pursuit of a first Premier League goal of the campaign is now longer than Newcastle's wait of 438 minutes in the 2005-06 season.

It took only six minutes for Southampton to expose the extent of the challenge Hodgson must overcome. Dusan Tadic beat Jeffrey Schlupp and though his cross was palmed out by Palace goalkeeper Wayne Hennessey, Davis was on hand to tuck it in as the appointment of the former England manager in place of Frank de Boer paid no instant dividend. 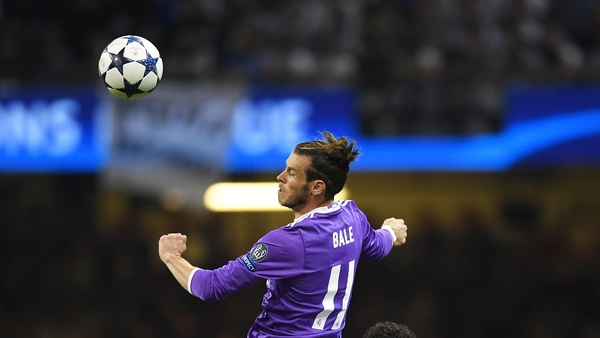