Loris Karius will be handed goalkeeping responsibilities for Liverpool's return to the Champions League but manager Jurgen Klopp insists that is not a slight on Simon Mignolet.

The 24-year-old German surprisingly replaced his counterpart for the 4-0 win over Arsenal last month but Belgium international Mignolet was restored for Saturday's 5-0 defeat at Manchester City.

Klopp said it was important for both goalkeepers to have pitch time to ensure standards were maintained throughout the season but he refused to label either player as his number-one choice.

"If nothing happens overnight then Loris will start, yes, but no it doesn't mean that (Karius is now number one)," said the Reds boss.

"Why do we think number one, two, three is fixed until the end of all days?

"I don't want to bring that in doubt but how can you ask if he's number one? By the way, it's not that he shouldn't be number one.

"If they train bad they don't deserve a game, but they both train really well, they keep the level really high.

"If we don't give them a game then every year we have to find a number two, 33 years old, who still can catch a few balls and doesn't want to play any more - that's really difficult, to find someone like that. 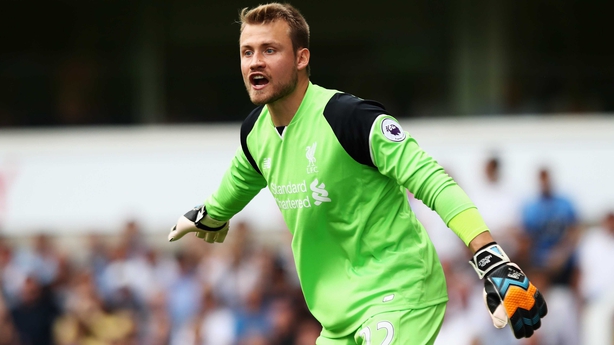 "I prefer having a group of good goalkeepers and that means you have to change things.

"That's the plan. Not to keep them happy, no, to use the quality of the goalkeepers and that's how it is, to keep them altogether and then they will decide with the performance who will play.

"Are all players happy with the decision? I don't know - it's nothing I can think about too much."

Karius was given a 10-match run in the Premier League last season, his first in England, between September and December but was taken out of the firing line by Klopp after criticism began to mount over his performances.

Asked whether his compatriot was now being handed a second chance to re-establish himself, Klopp added:

"Could he prove something? I think he did (against Arsenal).

Watch Liverpool v Sevilla live on RTÉ 2 from 7pm and online at rte.ie/player. Follow the live blog on rte.ie/sport from 7pm.