A mesmeric Lionel Messi scored twice and inspired Barcelona to a 3-0 win over Juventus as the Catalans got off to a flying start in Champions League Group D on Tuesday avenging last seasons quarter-final elimination by the Italian champions.

Messi broke the deadlock on the stroke of halftime by playing a slick one-two off Luis Suarez and arrowing the ball beyond Gianluigi Buffon, finally getting the better of the veteran Italian in his fourth game against him.

The Argentine was also the catalyst for the second goal, forcing Juve to scramble the ball off the line and allowing Ivan Rakitic to shoot into an empty net in the 56th minute and add to his strike against Juve in the 2015 Champions League final. 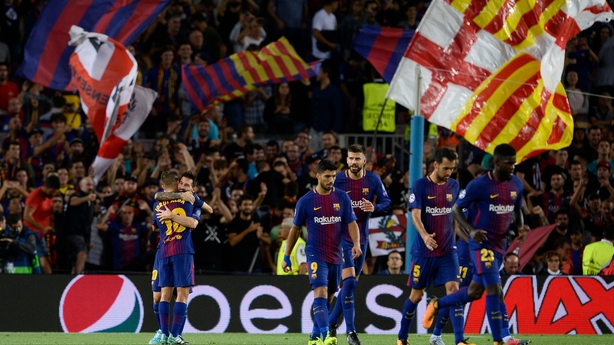 But Messi was from done. For his second and Barca's third he received a pass from Andres Iniesta and ripped more holes in a depleted Juventus defence before lashing beyond a dejected Buffon, scoring his seventh goal in three games.

Juventus, who were missing five key players including defensive warrior Giorgio Chiellini, looked a shadow of the team that beat Barca 3-0 on aggregate last season and reached the Champions League final, and have conceded seven goals in their last two games in the competition over two seasons.

Bayern Munich got off to a winning start in the Champions League for the 14th successive season on Twith a comfortable 3-0 victory over Group B opponents Anderlecht who played most of the game with 10 men at the Allianz Arena. 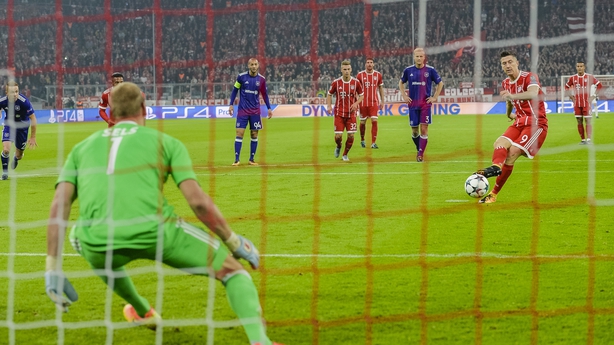 Striker Robert Lewandowski received a pre-match slapdown from Bayern CEO Karl-Heinz Rummenigge after criticising the club's transfer policy, but the Pole showed his value on the pitch by scoring his seventh goal in six games this season from the penalty spot after being hacked down by Sven Kums, who received a red card.

The dismissal made a daunting task become even more difficult for the visitors who went further behind on 65 minutes when Thiago Alcantara side-footed a second from a cross by Joshua Kimmich.

Niklas Suele had another effort disallowed for a foul before Kimmich rounded off the night by waltzing round the keeper to roll the ball into an empty net for Bayern's third.

AS Roma clung on a for a 0-0 draw at home to Atletico Madrid thanks to a string of fine saves from goalkeeper Alisson on Tuesday.

The Italian side were also indebted to a superb goal-line clearance by defender Kostas Manolas in the first-half and enjoyed a slice of luck when Atletico's Saul Niguez missed an open goal in stoppage time of the Group C game.

Despite the relief at the final whistle, it was still a poor result for Roma in a group where Atletico and Chelsea are favourites to qualify and they extended their winless run in the competition, including qualifying games, to seven matches. 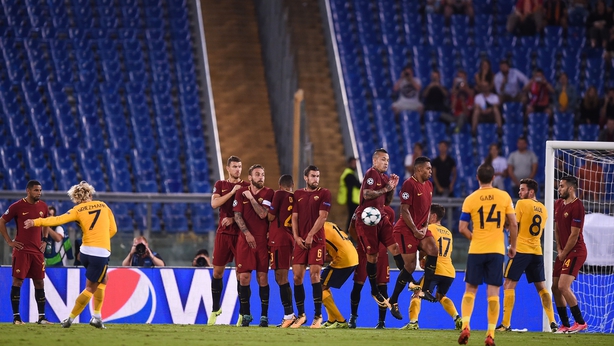 The Serie A side have not won a Champions League match since they beat Bayer Leverkusen in November 2015 and have managed only one win in their last 16 games in the competition.

The first half was reasonably even with Radja Nainggolan's piledriver forcing Atletico goalkeeper Jan Oblak to make a difficult save and Edin Dzeko firing wide from a good position.

In between those chances, Roma somehow survived when Manolas managed to block Koke's point-blank effort on the line and Alisson, who spent most of last season as a reserve to Wojciech Szczesny, then stopped Antoine Griezmann's effort.

Diego Simeone's side took the game by the scruff of the neck after halftime and Alisson came into his own.

The 24-year-old tipped Luciano Vietto's shot on to the bar after the Atletico forward broke through the Roma rearguard and then saved Niguez's side-footed effort from the edge of the area.

He then made a splendid one-handed save from Angel Correa and turned Yannick Carrasco's long-range effort over the bar before saving the best for last.

Sporting claimed an impressive 3-2 win at Olympiakos Piraeus thanks to three goals in a stunning first half-display in Greece.

Goals from Seydou Doumbia in the second minute and Gelson Martins just over 10 minutes later left the home side shell-shocked and created a platform for Sporting to take the points.

Bruno Fernandes added the visitors' third goal in the 43rd before two late second half goals from Olympiakos substitute Felipe Pardo made the scoreline more respectable for the hosts.

CSKA Moscow, who were 2-1 victors over Benfica in Portugal.