The three points will come as a timely tonic for Benitez, who was recovering at home after being laid low by an infection following recent hernia surgery.

Newcastle had arranged to put on a helicopter to fly him to and from his Merseyside base but the Spaniard was not well enough to make the trip, although the club had said he was in contact with his staff throughout the day.

Apart from when Tammy Abraham looked like opening the scoring, only to be denied by Lascelles' dramatic late intervention, Newcastle's main source of concern came when they were spared from being reduced to 10 men. 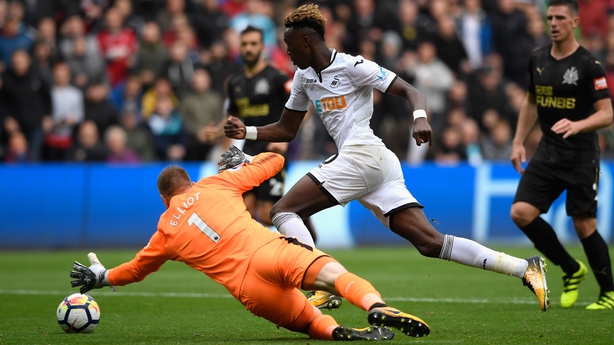 Ritchie produced the sort of high foot just after half-time which saw Sadio Mane sent off for Liverpool at Manchester City on Saturday.

But Ritchie did not make any contact with Mawson and referee Mike Jones waved play on rather than reaching for his cards.

Benitez would have been satisfied by a first half in which Newcastle held Swansea, for whom Bayern Munich midfielder Renato Sanches was making his debut after his shock loan move, at arm's length.

Sanches had plenty of touches but the fact he was playing so deep meant that he was never likely to hurt Newcastle.

Isaac Hayden brought the first save of the game from Lukasz Fabianski but the Newcastle midfielder was soon booked for crudely upending Sanches.

There was plenty of endeavour, if little precision, from Swansea and Federico Fernandez's failure to cut out Javier Manquillo's long pass gave Jacob Murphy a sight of goal that was not taken. 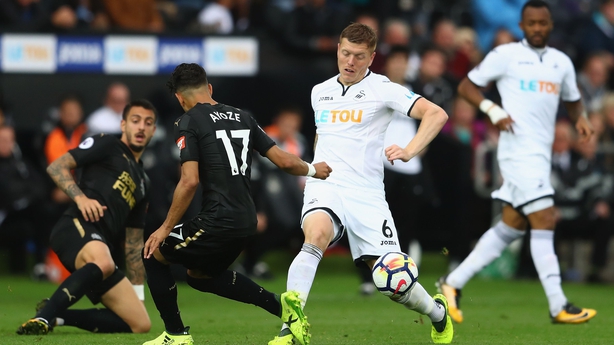 Newcastle went closer after 33 minutes when Ritchie's cross was met by the head of Joselu and Fabianski sprang to his left to pull off a fantastic one-handed save.

Swansea were struggling to put Newcastle under any kind of pressure, but Mikel Merino's blatant attempt to win a penalty stirred them into life.

Hayden lost out to Abraham and the ball ran to Jordan Ayew, whose 20-yard shot forced Rob Elliot to parry wide.

Swansea switched at half-time by pushing Sanches into a more central position, immediately them offering a better balance and chances for Kyle Naughton and Carroll.

Naughton's effort was blocked and then Carroll's volley from a shrewd Ayew pass was stopped by Elliot at his near post. 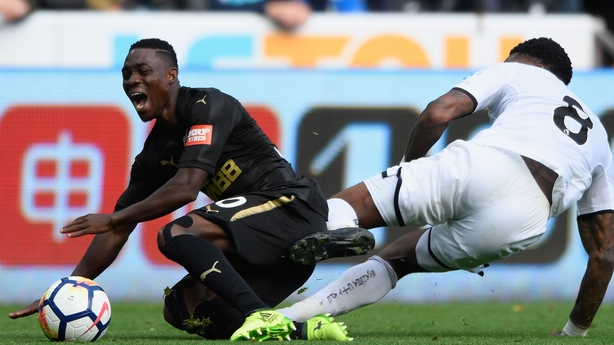 Swansea should have taken the lead on the hour mark when Leroy Fer released Abraham and the striker rounded Elliot for what looked a simple finish.

But Lascelles stretched at a post and the Newcastle fans behind the goal celebrated as if they had taken the lead.

They almost did when Ayoze Perez forced Fabianski into saving with his outstretched left leg.

But Swansea were not let off when Lascelles rose majestically and Elliott protected the three points with a fine late stop from Swansea substitute Luciano Narsingh.