Jose Mourinho believes Manchester United failed to evolve under his predecessors David Moyes and Louis van Gaal, describing their tenures as an "empty period" for the club.

United have struggled to replicate the success that saw them become the major force in the Premier League under Alex Ferguson, who guided the club to the last of their 20 top-flight titles four years ago.

Ferguson's successor Moyes was sacked after 10 months in charge while early promise under Van Gaal fizzled out, even though the Dutchman ended his reign by winning the FA Cup.

Mourinho won two trophies in his maiden season at Old Trafford - including the Europa League, which ensured United would play in the Champions League this term.

But the former Chelsea and Real Madrid manager believes he inherited a side that were burdened by past successes.

He told the Sunday Times: "There was an evolution in the other clubs; there was no evolution in this club. In all the areas that make a team successful I think we stopped in time.

"That was quite an empty period in the club with no evolution in areas that are important. It was the weight of the past on the shoulders of the players, managers, even boards, even probably owners, because when you are used to win and win and win, and suddenly you stop, it's like a heavy burden. 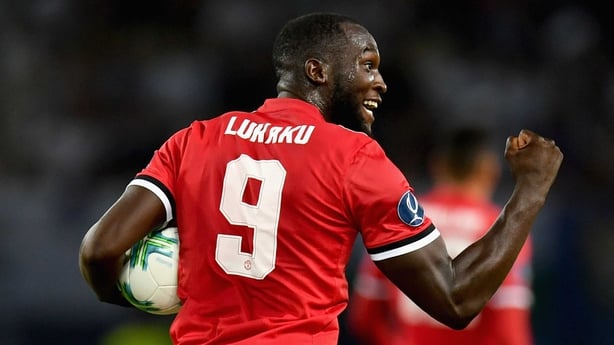 Mourinho has added Romelu Lukaku and Nemanja Matic, two players he worked with at Chelsea, to his squad this summer.

While Lukaku left Stamford Bridge for Everton early on in Mourinho's second spell in charge, the Portuguese said: "Lukaku was my player as a kid.

"He left (Chelsea) because he was thinking he deserves more opportunity, but he's such a good guy that during these years we were in close contact with a good relationship. So I knew he was an intelligent guy with a positive attitude."

On Matic, Mourinho added: "I cannot say that I had better guys than him in my career."

Van Gaal, meanwhile, has criticised the manner in which United handled his departure last summer, in which he parted company with the club two days after winning the FA Cup, with Mourinho taking the reins a week later.

Van Gaal, who had been two years into a three-year contract, told Dutch newspaper Algemeen Dagblad: "The pressure was enormous with my head in the noose and they went right behind my back.

"I think it was all orchestrated like a film and it was done very much behind my back right from January (2016).
"United put my head in a noose and I was publicly placed on the gallows."