The Brazilian was knocked out after being caught by a high boot from Sadio Mane in an accidental but high-speed clash during the first half of Saturday's eventful Premier League encounter at the Etihad Stadium.

Mane, who later apologised on social media, was shown a straight red card while Ederson received treatment for eight minutes before being carried off for further assessment at the club's medical facilities.

He did not suffer concussion and was cleared of serious injury.

The incident occurred late in the first half as Ederson rushed out of his area to try to beat Reds forward Mane to a high bouncing ball.

The 24-year-old, signed for £35million from Benfica this summer, was merely trying to assist his defence in a way manager Guardiola much approves.

Guardiola said: "We play so high the goalkeeper has to play on the 18-yard box to help us with these forward balls. 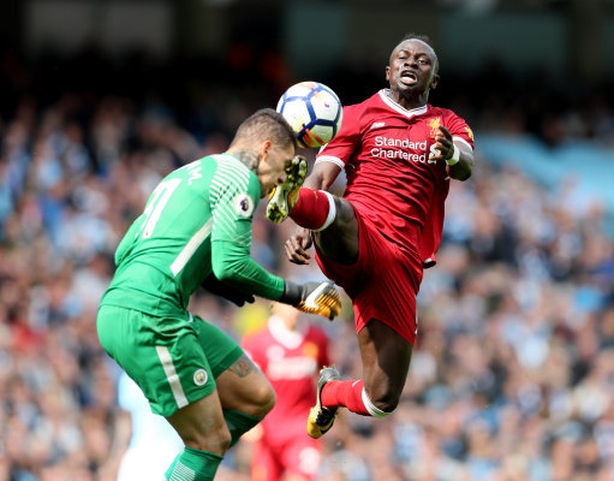 "When the pitch was wet and the ball goes into that position, we have to defend with our goalkeeper.

"It is so important for us to feel that for our central defenders, with long balls, we have one guy to help us.

"But it was brave because Mane was coming and you could decide not to touch the ball. Unfortunately he is injured but hopefully he will come back as soon as possible."

City were already leading 1-0 when the incident occurred through Sergio Aguero's opener. The hosts then took a firm grip after Mane's dismissal, which divided opinion among pundits because of its accidental nature.

Gabriel Jesus and Leroy Sane both struck twice to wrap up the win. 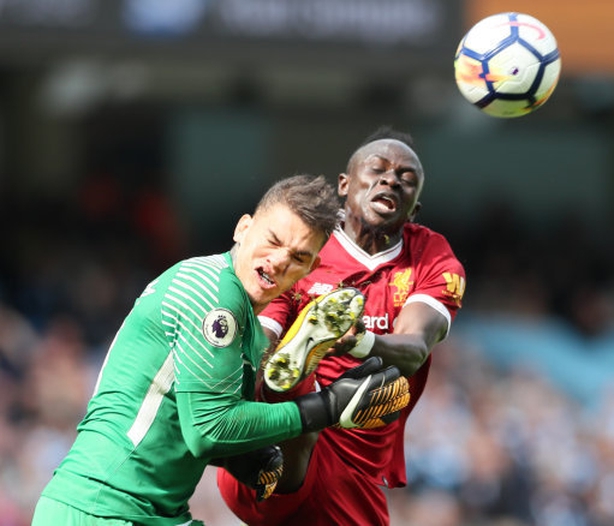 City midfielder Kevin De Bruyne said: "I think the beginning was difficult, the intensity of the first half was very hard.

"I think after the first goal we took more control of the game. Unfortunately the red card happened - it's an accident, he caught him full in the face but it deserved a red even if it was not his intention.

"After that we played very well, took control of the game. Obviously we deserved to win."

While City moved to 10 points from four games and joint top of the Premier League, the heavy loss brought Liverpool's impressive start to the campaign to a sudden halt. 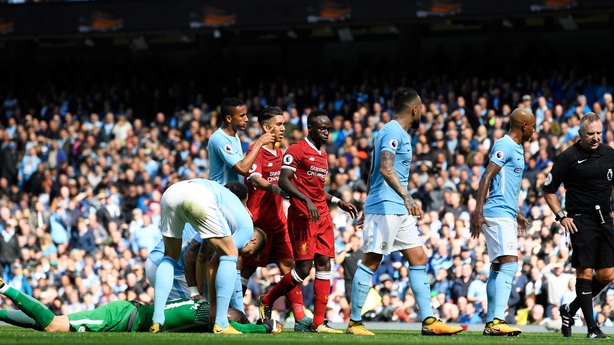 Midfielder Georginio Wijnaldum admitted the visitors did not respond well after the red card.

The Dutchman said: "You hope it never happens again but things can happen in a game and we must make sure, if it happens again, we do better with 10 men than we did.

"City are a good team of course, with good players, but we could have done better with 10 men. There are plenty of things we can learn from this game."