Dundalk recorded their seventh win on the trot by coasting past Drogheda United at Oriel Park last night to book their place in the semi-finals of the FAI Cup.

Things may have been different, however, had Adam Wixted’s second-minute volley beat Gary Rogers, the Dundalk goalkeeper making a fine save to turn the ball over his crossbar.

That only seemed to stir the hosts and they pulled in front in the fifth minute when Connolly's cross found Duffy at the back post and he took advantage of some poor defending to lift the ball over Stephen McGuinness.

Stephen Kenny's side went in search of a second after that and Connolly almost picked out David McMillan with a dangerous ball across the area three minutes later. 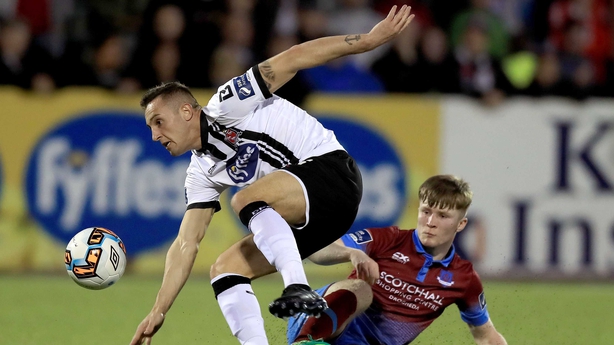 Patrick McEleney then set up Duffy with an outrageous pass with the outside of his right foot in the 21st minute, the winger seeing his effort gathered by McGuinness on this occasion.

The tie was all but put to bed seven minutes later. Connolly picked the ball up, set himself and let fly from 30 yards, his curling effort flying inside the helpless McGuinness' left-hand post.

Drogheda posed very few problems in the final third and they were fortunate to go in just two behind with McEleney blazing over after forcing himself into a shooting position on the edge of the penalty area.

Any notions that Dundalk might settle for what they had were dispelled when McMillan flashed a drive across goal just seconds after the restart and the third duly arrived in the 49th minute when Brian Gartland headed a Duffy free-kick past McGuinness.

Connolly should have made it four but he steered his effort wide under pressure from Dave Mulcahy. However,  the former Bray winger made amends in the 57th minute when he was upended in the box after a surging run and McMillan hammered home the spot kick. 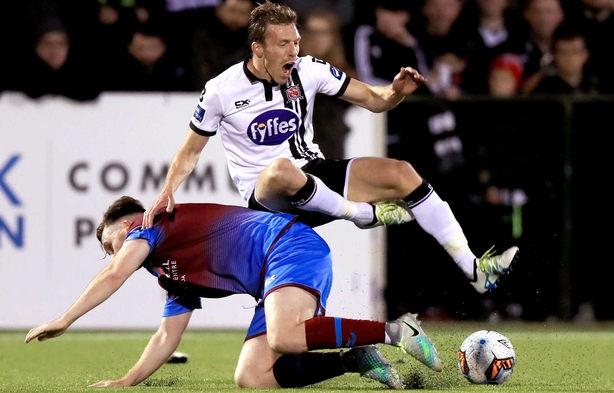 Luke Gallagher went close to pulling one back for the Drogs but his cracking effort came back off the woodwork with Rogers beaten.

Drogheda were on the back foot again in the 67th minute when Duffy rounded McGuinness only to see his attempt hacked off the line and substitute Steven Kinsella was also denied by a last ditch clearance before McMillan missed a sitter to make it 5-0 with 12 minutes to play.