Robbie Brady says the Ireland squad are feeling "no pressure" going into the two upcoming World Cup qualifiers against Georgia and Serbia.

Ireland travel to Tbilisi for Saturday’s Group D encounter (5pm, live on RTÉ) before facing Serbia at the Aviva Stadium on September 5.

The Boys in Green are currently level with Serbia on 12 points but are in second place on goal difference.

"The squad isn’t feeling any pressure going into the games," Brady told RTÉ Sport after Burnley’s 1-1 draw with Spurs at Wembley.

"We’re still in a great position to top the group even after drawing with Austria compared with previous qualification campaigns so the whole squad knows what’s required of us.

"I’m excited for the Georgia and Serbia games and if we can get maximum points it will put us in a great position.

"I love going back and playing for Ireland, there’s a huge reward on offer for us if we can produce good performances in these last few games and qualify for the World Cup." 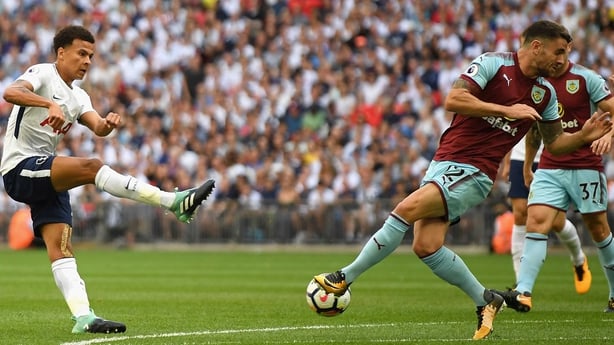 Stephen Ward’s Burnley team-mates Jonathan Walters (ankle) and Jeff Hendrick (thigh) are both travelling to Dublin as injury doubts but the left-back said there is enough quality in the squad to cope with any potential absentees.

"The whole team will obviously hope Jon and Jeff are fit enough to be involved because they’re both massive players for us," said Ward.

"But the manager has plenty of quality options if they’re not ready in time.

"But getting Jon back would be a huge boost as he’s delivered so many times for us in big matches.

"There’ll be no word of Serbia within the squad until after Saturday because we know Georgia is a very difficult place to go from previous campaigns.

"I’m really enjoying having Irish team-mates in the Burnley squad, it’s nice having some familiar faces and we’re all really enjoying playing together for club and country."

Defender Kevin Long was an unused substitute against Tottenham but will hope to make the match-day squads for the Georgia and Serbia encounters after being named in the 39-man provisional squad by Martin O’Neill.

"I’m very happy to be in the provisional squad," said Long.

"They’re both massive games for us and we want to get maximum points.

"I’ll need to hit the ground running from the first session to give myself a chance of making the match-day squads.

"It’s obviously frustrating not playing for Burnley at the moment but all I can do is just keep working hard and hopefully take my chance when it comes along."