Arsenal manager Arsene Wenger complained his side had been denied a goal and a penalty by incorrect decisions from the match officials in the 1-0 loss at Stoke.

Wenger claimed a 72nd-minute Alexandre Lacazette effort that was ruled out for offside should have stood "100 per cent".

And he also protested that referee Andre Marriner was wrong not to have awarded a spot-kick in the first half when Hector Bellerin went down in the Stoke box under the attentions of Mame Diouf, with the Gunners boss adding: "We know we don't get penalties."

Giving his thoughts after a game that was settled by a strike in the 47th minute from Potters debutant Jese Rodriguez, Wenger said: "I believe it is the kind of night where you are angry.

"That is because not only did we not score with the number of chances we had, we made stupid mistakes centrally for the goal, first by losing the ball and after by not defending properly.

"And on top of that as well I think we were unlucky with some decisions from the referee because we scored a regular goal."

Replays suggested it was part of Lacazette's boot that had strayed offside when the ball was played to him and he then fired in.

Asked if he felt that effort should have stood, Wenger said: "One hundred per cent. I just watched it and it is not offside at all. Even his foot was not offside." 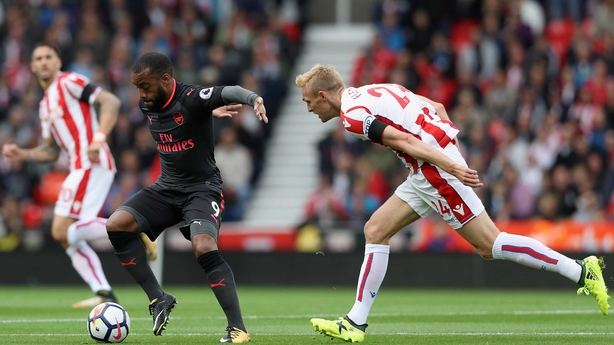 When then asked if he thought the Bellerin-Diouf incident should have resulted in a penalty, he said: "Yes, of course, but we know we don't get penalties.

"Look at the numbers and you will see. We had last year the highest (number of) penalties against us at home by a mile and the lowest number for us. So I give you just the numbers. I don't say anything else."

While Wenger, whose side were denied on a number of occasions by fine saves from Jack Butland, expressed his frustration, opposite number Mark Hughes was full of praise for Jese. 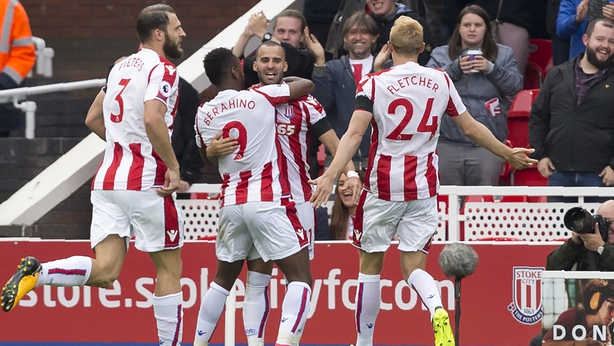 The former Real Madrid forward, signed by Stoke on a season-long loan from Paris St Germain earlier this week, had already made a good impression before producing his composed, slotted finish past Petr Cech.

And Hughes said: "I think from the first few moments everybody understood why we wanted to bring him here.

"I think everybody is going to enjoy watching him and that he'll light the Premier League up as the season progresses.

"He can play right across the front three or four. That versatility and flexibility is perfect.

"He hadn't trained all week the week before this one, and trained three days this week, so it was a little bit of a risk (to put him straight in the starting line-up).

"I thought he scored a great, finisher's goal - that of a top player in my opinion." 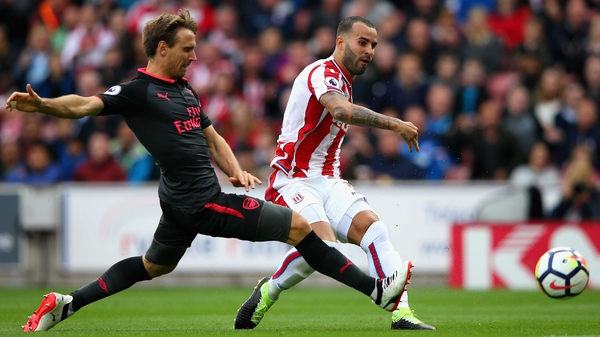