Everton have completed the club-record signing of Gylfi Sigurdsson from Swansea, for a fee believed to be around £45m.

The 27-year-old Iceland midfielder has put pen to paper on a five-year contract and becomes the Toffees' eighth summer arrival.

"Hopefully I will continue to create goals and score goals for the team and contribute to the kind of success we're seeking at the club," Sigurdsson told evertontv.

"This is an ambitious club and it is clear we are moving in a really good direction. The most important thing is that this team keeps winning games and climbing the table - and does that throughout the season."

Koeman, who has let midfielder Gareth Barry join West Brom, has also signalled he would still like to strengthen in the current transfer window beyond the capture of Sigurdsson.

He added "It isn't done. Still we are looking in two positions to make the squad even stronger than it is at this stage."

Swansea hope to use the Sigurdsson cash by strengthening their squad with two or three players before the window closes.

Wilfried Bony [above], their former striker who appears surplus to requirements at Manchester City, and West Brom forward Nacer Chadli are both on Swansea's radar. 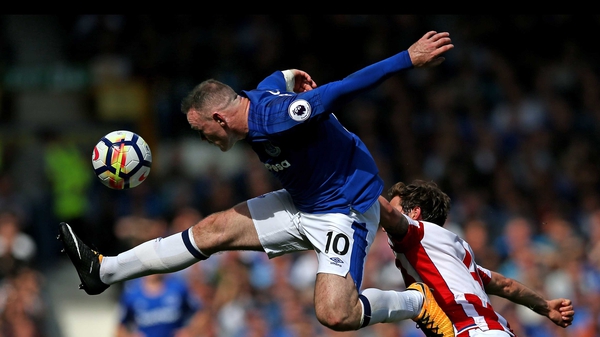 Koeman: Rooney made every decision the right one