Sadio Mane admits Liverpool can offer no excuses for not starting their Premier League campaign with a win after conceding a last-gasp equaliser at Watford.

The Reds had been on track to take three points from their opening fixture having twice come from behind.

Stefano Okaka and Abdoulaye Doucoure had given the Hornets the lead on two occasions, only for Mane and a Roberto Firmino penalty to draw the visitors level at Vicarage Road.

Club-record signing Mohamed Salah marked his debut with what looked set to be the match-winning goal, only for Miguel Britos to bundle in an injury-time leveller to ensure a dramatic 3-3 draw.

Senegal international Mane felt Jurgen Klopp's side played well enough to head back to Anfield with a victory but said there was no way of justifying the final outcome.

"We're disappointed because we deserved to win," he told Liverpool's official website.

"We should have defended better in this kind of game, it's always complicated with long balls. It's the first game of the season and we're going to try to work hard for the next games. 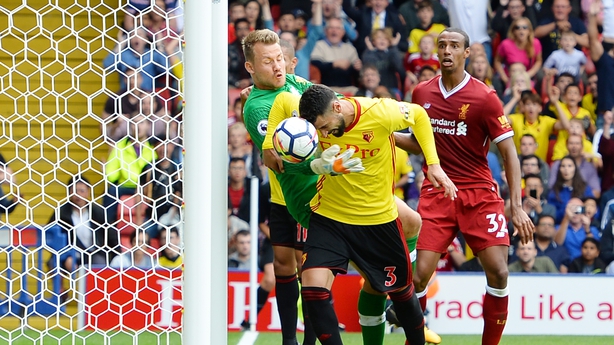 "No excuses - everybody is fit. We're unlucky we didn't get three points because we were looking for that, but the next game we're going to be ready to get three points to make our fans happy."

Liverpool are back in action on Tuesday when they travel to Germany to face Hoffenheim in the play-off round of the Champions League.

Mane, 25, believes the Reds can get over the disappointment of their opening day stalemate and get the required result in Germany.

"We are all professionals," he added.

"This can happen in football. With all due respect to Watford, we should have won, we were the better team. But it's football. We'll accept it, forget it and try to be ready for the next game."

Watford marked Marco Silva's first competitive game as boss with a thrilling point, having played well for large periods of the contest.

Okaka put them ahead inside eight minutes before the hosts scored two goals which could easily have been disallowed for offside.

The Italian was offside in the build-up to Doucoure's strike while Britos could also have been pulled up as he headed in from point-blank range. 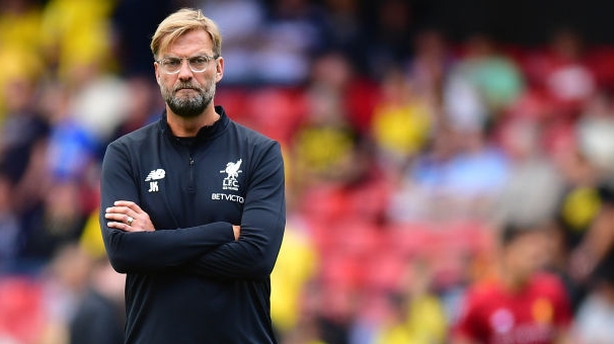 The experienced Uruguayan defender celebrated just his second Watford goal since joining the club but, despite a solid result, the former Napoli man wants to see improvements.

"On the pitch we were supporting each other, saying 'come on, come on, we can do it'," Britos told the club's official website.

"We created two or three chances to score and this is the way we have to carry on and play.

"The fans helped us out a lot. It was very nice to feel the fans' support, especially in the last minute. It was a great atmosphere.

"As a team we played well, especially the first half. The new players adapted very quickly, but we have to improve our performance, correct our mistakes and carry on."