Manchester United will take on a star-studded Real Madrid in the UEFA Super Cup final without a host of defenders, including Eric Bailly and Marcos Rojo, but Jose Mourinho is confident they can collect another piece of silver under his watch.

An English club has not won the Super Cup since 2005 but Mourinho believes United can topple the Champions League winners in the Balkans.

"We are going to try," he said. "That's obvious, but also obvious is the difference between the Champions League winner and Europa League winner. I keep saying that.

"But, you know, it's possible. We believe that it is possible." 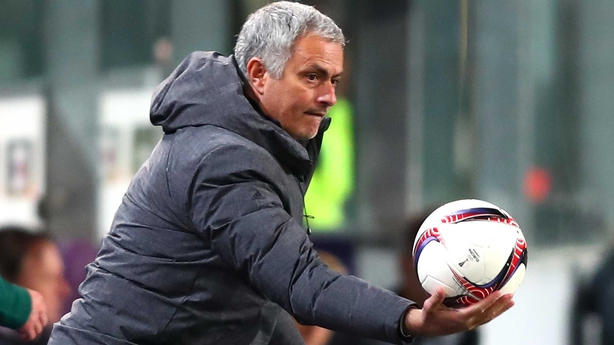 Cristiano Ronaldo, who featured for Portugal at the Confederations Cup, has travelled with his Real team-mates and is set to face his former club.

Mourinho is ready to make his move if Gareth Bale is left out of Real Madrid's line-up.

Bale is part of Zinedine Zidane's 24-man squad in Macedonia for the match, but speculation continues over the Wales international's future.

There have been suggestions in Spain that Madrid are willing to part company with the 28-year-old as they move for Monaco's Kylian Mbappe, giving hope to long-standing admirers United.

Mourinho recently said it would be impossible to bring in Bale, but is now prepared to pounce on any softening on their part.

"Bale is a Real Madrid player. That is all I can say."

"If he is on his way out of Real Madrid, well, I'll try to be waiting for him on the other side and try to fight with other coaches that would also like to have him on his team," said Mourinho.

"But I think that if he plays tomorrow, it is probably the best confirmation that they'll keep counting on him during the season."

Zidane had the chance to quash speculation surrounding Bale, yet side-stepped the subject of Mourinho's comments on three occasions.

Asked if it would be crazy to think that the Welshman would not be in the Spanish capital come September 1, the Real coach said: "Well, Bale is a Real Madrid player. That is all I can say.

"What I want to talk to you about now is tomorrow's match because tomorrow we have a really important match.

"We are here: him, me and all the other players, and all the fans are here for tomorrow's match only. That's it.

"So, really, that stuff doesn't interest me very much."