Republic of Ireland women's manager Colin Bell has named Katie McCabe as the new captain of the international side.

The 21-year old has been selected as the new captain following the retirement of Emma Byrne and will lead the side into the 2019 FIFA World Cup qualifying campaign, with defender Diane Caldwell vice-captain.

McCabe has been one of Ireland's most outstanding players since breaking through to the senior squad in March 2015 and scored in the 1-0 win over Wales at the Cyprus Cup earlier this year.

Contracted to Arsenal Ladies, McCabe has recently moved on loan to Scottish side Glasgow City in order to get more game-time before the qualification campaign begins in September against Northern Ireland. 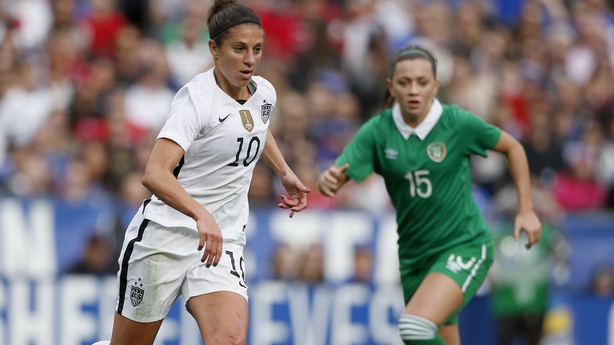 "Katie has been a player I've really enjoyed working with during my time as head coach in Ireland," said Bell.

"On the pitch, she is one of the best players in the team and already leads from the front with her excellent ability and performances, which we've seen already this year.

"Off the pitch, I want to see her grow into the role of captain and lead the team forward. It's an important role and I believe she has all the right attributes to push this team forward as we head into the 2019 World Cup qualification campaign.

"She's a great character who all the players respond to and I know the rest of the squad will be right behind her as she steps into the captain's role." 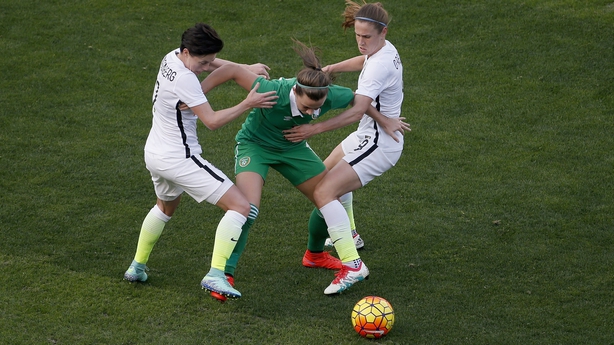 "It's a huge honour to have been selected to be captain of the national team," said new captain McCabe. "It's a huge moment for me personally but also my family who have always supported me on my football journey.

"I'd like to also thank Emma Byrne for her guidance and leadership as captain over the last few years, and I hope I can fill her boots for the team.

"I can't wait to lead out the team in the upcoming World Cup qualifier and hopefully lead the Republic of Ireland WNT to their first major Championships.

"I'd like to thank head coach Colin Bell for the faith he has shown in me and I'll be looking to repay that faith over the years."