Paul Pogba will be the X-factor in Manchester United's challenge for this season's Premier League title, former defender Denis Irwin has predicted.

The 51-year-old expects Pogba to be the driving force in a United team which he says has been improved by manager Jose Mourinho's summer signings.

"I expect Paul Pogba to be a really powerful player this year," said Irwin.

"I expect Manchester United to challenge for the title. More consistency is needed. We drew too many (last season) and I think more goals are needed from different areas.

"Last season there was an over-reliance on Zlatan. Rashford, I think, will score more goals." 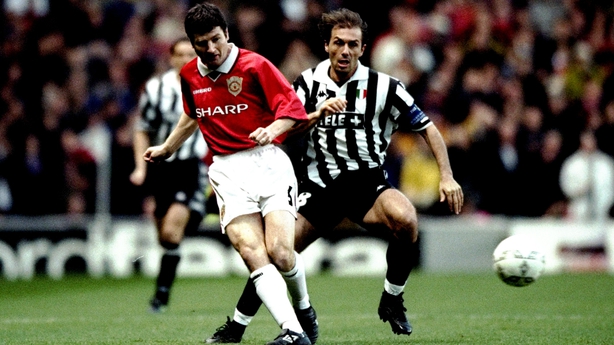 Left-back Irwin made 529 appearances for the Old Trafford side, and believes Manchester City's purchase of three full-backs for a combined total of £130milion is a "needs must" reaction.

"It's good to see the full-back getting regarded in high esteem at last!" he said.

As for United's new signings, Irwin thinks it has been a summer of good business in a transfer window of "eye-opening" amounts spent on players.

Defender Victor Lindelof, striker Romelu Lukaku and midfielder Nemanja Matic have all been snapped up by Mourinho.

"Lindelof will take a bit of time but will turn into a very good player," Irwin said.

"Lukaku and Matic are good additions. Matic is a really experienced, solid performer."

But Irwin feels United will have a fight on their hands, as others battle it out at the top of the league. He thinks reigning champions Chelsea may find it harder this season, along with Tottenham.

"Chelsea have got European football and Spurs are now at Wembley," he said.

"Manchester City will be strong this year and Arsenal have bought a striker which was needed. I wouldn't dismiss Everton. It's going to be a very competitive league I think."