The league leaders return to domestic matters following their Europa League exploits and will look to push further clear at the top as they welcome Galway United to Turner's Cross.

City's last league outing saw them record an impressive 2-0 win away to Bray Wanderers, while their last home fixture was a 1-0 win over St Pat’s.

Galway, meanwhile, come into the game having recorded back-to-back wins in the league for the first time this season, at home to Limerick and Drogheda United. Their last away fixture was a 1-1 draw against St Pat’s at Richmond Park.

The sides have met once already this season, with United becoming the first, and so far only, team to deny John Caulfield’s side three points in 2017. A deflected Conor McCormack strike put City ahead just before the hour mark at Eamonn Deacy Park, but the home side levelled moments later via a header from former City defender Stephen Folan.

Cork City: The home side will definitely be without long-term injury victim Johnny Dunleavy, while Jimmy Keohane and Alan Bennett have both returned to light training this week and will be assessed ahead of kick-off.

Galway United: Conor Melody and Aaron Conway (both ankle injuries) are out.

John Caulfield (Cork City): "Everyone realises that we are in the last third of the season, and we are where we wanted to be, challenging for trophies. We are in a great position, and now we face a Galway side who have fantastic players. We know Gavan Holohan and Stephen Folan well, and they have brought in guys like Lee Grace, David Cawley and Ronan Murray. We drew with them earlier in the season in a really 50/50 game, they have won their last two games, they have turned things around and we know they will be tough opponents."

Shane Keegan (Galway United):  "We're going down there at a good time, because we're on the back of a good run and therefore confidence is high. Cork City don't have their record for no reason, it's phenomenal what they're doing in the league this year, when you look at their home record, they haven't dropped a single point.  They've only dropped two points on the road and that was against ourselves, in a game we did quite well in, it wasn't a case of us hanging on. That will give us confidence." 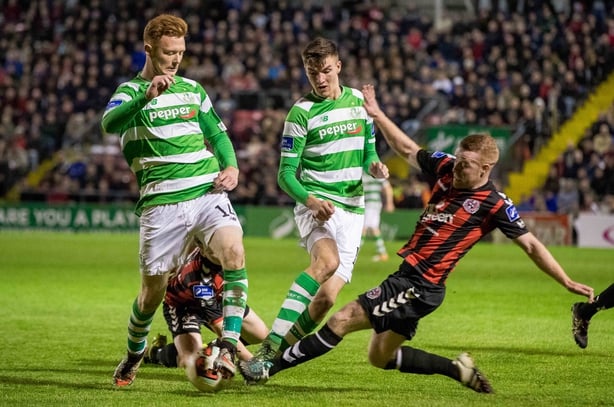 Shamrock Rovers can move into third place in the table with victory in the Dublin derby as they entertain rivals Bohemians at Tallaght Stadium.

The Hoops will be looking to build on last weekend's excellent away victory at reigning league champions Dundalk and maintain their push for European qualification.

Bohemians come into the game off the back of three straight league defeats and will be looking to get back to winning ways and maintain their mid-table position.

Shamrock Rovers: Danny Devine and Paul Corry remain out of contention through injury, while Ronan Finn got a knock on his calf last Thursday and will be assessed ahead of the game.

Stephen Bradley (Shamrock Rovers): "We know we’ve got to come and mentally be in the right frame of mind and respect them. Bohs are going to come and be dangerous and give it everything. They raise their game against us. So we’ve got to go and make sure we raise our levels and be ready to go and match them head on.

"Since we’ve been back from the break we’ve been excellent. This group will be stronger in time and with a bit of patience." 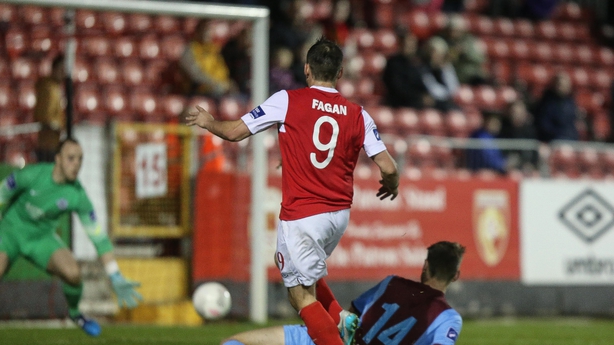 Drogheda United will be looking to pick up some much needed momentum when they host St Patrick's Athletic at United Park on Friday, kick-off 7.45pm.

The Drogs are on a 13-game winless run as they find themselves bottom of the table with just ten games remaining.

St Pat's have pushed out of the relegation zone thanks to a recent revival of fortunes and will be confident of making it three wins in a row in tonight's encounter.

Drogheda: The home side will be without the injured trio of Gavin Brennan, Kevin Farragher and Ciaran McGuigan, however, Richie Purdy and Ryan Masterson have overcome knocks and should be available for selection. New signing Jack Bayly will be in line to make his debut, pending clearance from the FAI.

St Patrick's Athletic: Owen Garvan serves the last of his three-match suspension, while the Saints remain without central defenders Darren Dennehy and Gavin Peers through injury, however, both are closing in on a return to full fitness. Liam Buckley’s options are boosted with the addition this week of Ian Turner from Limerick who is pushing for a place in the matchday squad.

Pete Mahon (Drogheda United): "We had a good chat with the group during the week and it was a chance to clear the air. We know results haven't been good enough but if we can replicate this week's training on Friday, I'm confident we'll get a result."

Liam Buckley (St Patrick's Athletic): "We’ve all been much happier with our levels of performance in the past few weeks, however, we know from our last games against Drogheda that they are very committed side so if we don’t match them for effort and intensity, we could struggle.

"However, the players have been training well in recent weeks and that has translated into better performances on the field in matches. If we can continue along that line, hopefully we can come away with another three points." 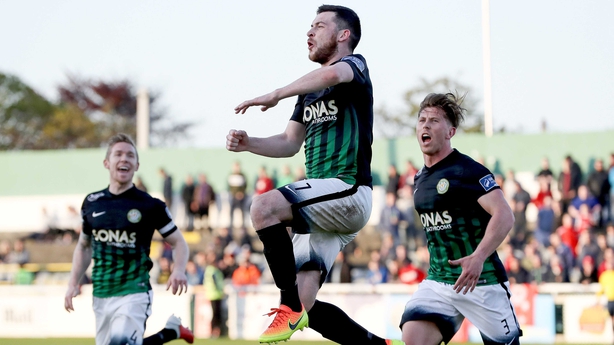 Bray Wanderers will be looking to put their off-field issues to one side as they take on Finn Harps at the Carlisle Grounds.

The Wicklow side remain in the hunt for European qualification and can stay in touch with Shamrock Rovers and Derry City in the race for third place with a win.

Finn Harps remain outside the relegation zone but will be looking for a vital three points to move them into the comfort of mid-table.

Bray Wanderers: Jason Marks is injured, otherwise Harry Kenny has a full squad to pick from.

Finn Harps: Paddy McCourt is an injury doubt, while Danny Morrissey will be an absentee again due to a hamstring problem. Barry Molloy was an unused sub on Monday night against Derry due to an ongoing ankle problem but manager Ollie Horgan expects the veteran midfielder to be fit for selection.

Ollie Horgan (Finn Harps): "Bray have beaten us twice already this season and scored eight goals in those two games.

"The Pat’s defeat will make them very determined to get the better of us. Harry Kenny has done a good job there and they have top players in the likes of Aaron Greene and Gary McCabe."