Jose Mourinho called on Anthony Martial to step up and shine on a consistent basis after his moment of brilliance in Manchester United's friendly win against Real Madrid.

Having seamlessly slotted into life at Old Trafford after joining from Monaco, the 21-year-old struggled to scale such heights in his second campaign at the club.

Mourinho has not been shy at expressing his frustration and there has been talk this summer of a potential exit for Martial, with United looking at Inter Milan winger Ivan Perisic.

That deal is proving hard to get over the line but in the 21-year-old they have a fine player on the left flank - one capable of magic.

Martial thrilled the Levi's Stadium crowd on Sunday by showing mesmerising close control and skill, before playing over for Jesse Lingard to open the scoring against Real Madrid.

Put to Mourinho that the assist underlines what a useful asset the France international can be, the United boss said: "Exactly, but obviously we want more consistency in his talent.

"I think today was positive for him, that's why I left him for 90 minutes on the pitch.

"He was enjoying (himself), he was trying things and it's important in these friendly matches to try things, which he did.

"I think was good for Anthony, for his confidence."

Mourinho left Martial out of the squad on occasions last season, never mind the starting line-up, and publicly called into question aspects of his mentality.

"He is a young player," the United boss said in Santa Clara.

"It's a question to bring his talent more in a consistent way."

Martial ballooned over and Lindelof fired straight at the goalkeeper, while Scott McTominay was also denied - the player that came on minutes into the second half for Ander Herrera. 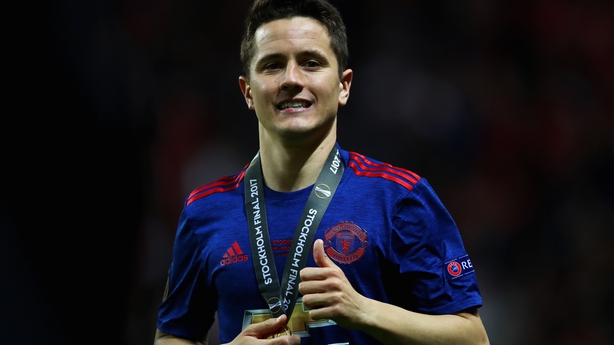 The influential Spanish midfielder was hurt in a challenge that Mourinho hopes is not too severe.

"It is at least very painful because for Ander to come out it has to be very painful," he said.

"I want to wait and see what it is, but I also say to the players, 'No risk in friendly matches - if you feel something, if you feel that something is coming, sometimes a little muscular injury, get out'.

"The result is not important, but he was very painful, it was in front of the bench.

It was a peculiar afternoon that started with Ronald McDonald leading the sides out - brouhaha that is a far cry from what will welcome the teams when they meet in the UEFA Super Cup in a few weeks.

Asked if he had seen some things that can benefit his side in Macedonia, Real Madrid boss Zinedine Zidane said: "Yes, but obviously the important thing is to work right now and begin getting ready for that match.

"We're looking to obviously start playing, compete and prepare for that game on the eighth.

"Overall, it's our first game but what we're focusing on is being ready to arrive at the game on eighth in Europe in the best form possible." 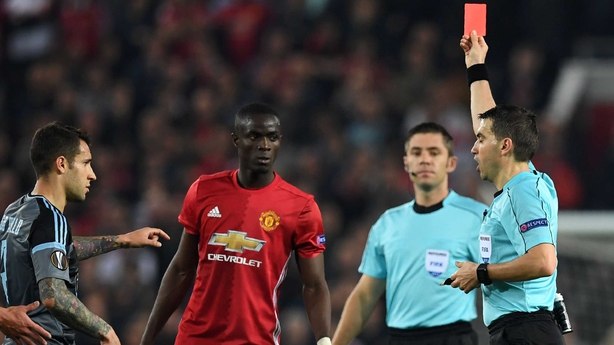 Meanwhile, United defender Eric Bailly has received a three-match European ban after he was sent off in May's Europa League semi-final against Celta Vigo.

The Ivory Coast international was dismissed after putting a hand into John Guidetti's face, with Celta defender Facundo Roncaglia also dismissed for raising his hand to the United centre-back in retaliation.

Bailly missed the Europa League final victory over Ajax through suspension but has been handed an additional two-game suspension by UEFA's control, ethics and disciplinary board (CEDB).

It means Bailly will be unavailable for United's UEFA Super Cup clash with Champions League winners Real Madrid and also the first match of the Red Devils' return to Europe's elite club competition this autumn.

United have also received a warning over the late kick-off of the semi-final second leg.