Jose Mourinho can "guarantee" David De Gea will be staying at Manchester United this summer, saying Real Madrid missed the chance to sign the goalkeeper.

The 26-year-old has established himself as one of the world's best goalkeepers since arriving from Atletico Madrid six years ago.

Such performances have led to admiring glances from Real Madrid, where De Gea would now be playing his football was it not for a deal collapsing acrimoniously in September 2015.

Talk over recent months suggested another move from the Spanish capital was imminent, although United always remained confident of keeping him.

United boss Mourinho now says there is no chance De Gea will leave this summer - and suggested Real may have burned their bridges.

"I can guarantee that he's not going this season, that I can," Mourinho said ahead of facing his former club in the International Champions Cup at Levi's Stadium in Santa Clara. 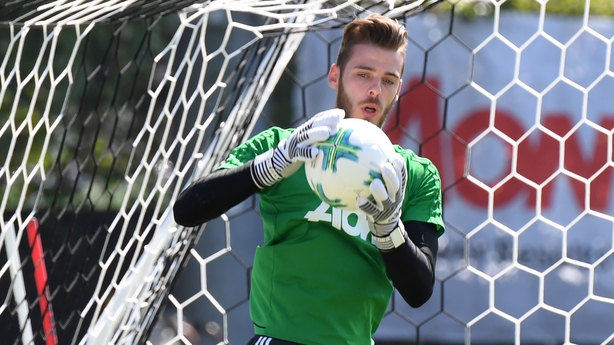 "And my feeling is that it will be very difficult for him to go.

"It will be very difficult for him to go because he's a very honest boy, very straight.

"He was contacted for a long time, the club was closed. Then we open because I always have this feeling of when a player has a desire to go I don't like to stop players to go because in the end you don't get from them what you expect from them if they want to move and they don't move.

"So we open it and then they decide to close, and I don't think the feeling for him is very, very good.

"I see him really happy and focused and working better than ever, so for me 100 per cent he stays with us."
United are in an enviable position regarding their goalkeeping situation given there are few better back-ups than Sergio Romero.

Earlier this year Mourinho said both shot-stoppers were "equally important", with the Argentina's No.1 fine form seeing him start the Europa League triumph and earn a new deal.

"I'm impressed with (Romero) but I'm also impressed with David," Mourinho said. "I think the best thing that could happen to David was the way Romero played last season because until then David was clearly a safe man, an undoubtful choice  - and after what Romero did last season, David thinks he's training in another way.

"David is much better now than before and he has amazing conditions to progress, so to have both at the level they can be is fantastic for me and gives me the chance to choose the players in relation to their moment, in relation to the qualities of the opponent because obviously they are different goalkeepers. 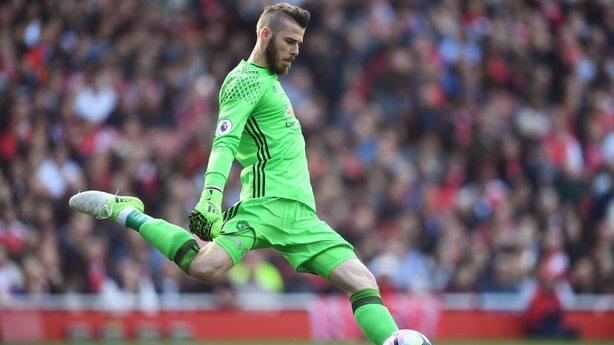 "But both very good and for Joel (Pereira) to be learning with them and playing with us is good.

"Tomorrow I play Romero, David, 45-45, and not just them three but also Sam Johnstone showed at Aston Villa that he is a good goalkeeper, a good young goalkeeper with potential, so we are really good in goalkeepers."

Meanwhile, Mourinho revealed United did not target Gareth Bale this summer as he believes it would have been a waste of time. 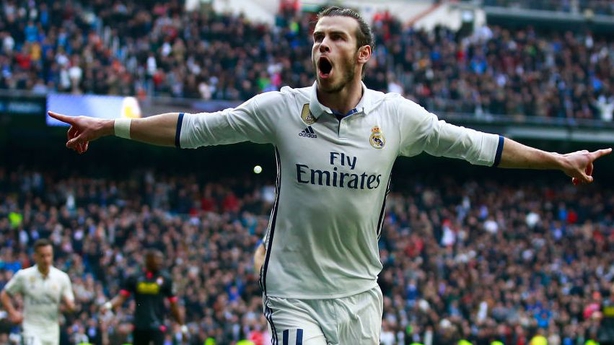 It is four years since the Wales international left Tottenham for the Bernabeu in what was a world-record move.

Three Champions League titles suggests it was the right deal for club and player, but success has not stopped regular talk of a move back to the Premier League - and in particular United.

The 28-year-old recently dismissed such speculation and Mourinho insists Bale was not a summer target, saying it would be "mission impossible" just like a move for Cristiano Ronaldo.

"No (he was not on my list of targets). "No, because you have contacts, you have feelings, you understand things.

"I think it was clear that Bale likes Madrid, likes the challenge, likes the situation. He's in a club in a very good situation now.

"I never felt a desire from him to leave, so why lose time and energy on that? No."