Kolarov's anticipated move to the Stadio Olimpico was confirmed late on Saturday evening, making him the fourth full-back to leave City since the end of the season, following Gael Clichy, Bacary Sagna and Pablo Zabaleta.

Mendy is widely expected to join from the Ligue 1 champions in a deal reportedly pitched at around £52m, while Danilo is set to join £45m man Kyle Walker as options on the right after Real Madrid boss Zinedine Zidance confirmed the Brazilian was "gone".

City have yet to comment about their pursuit of Mendy or Danilo but appear ready to continue their lavish spending on a back line that already contains former Tottenham man Walker, whose potential add-ons make him England's most expensive player, and last year's £47.5m arrival John Stones. 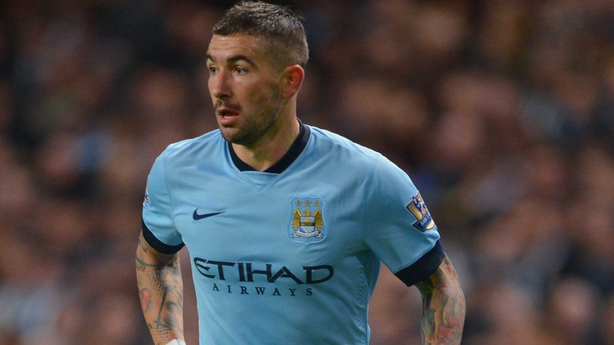 Should Mendy and Danilo both check in to the Etihad Stadium, City's spending since their third-placed Premier League finish last season would move beyond £200m.

Mendy has been high on their wanted list since impressing in Monaco's two-legged victory over City in the Champions League's round of 16. The 23-year-old only played one season for the principality club following his arrival from Marseille, playing 34 times and helping the club to their first Ligue 1 title in 17 years.

He has four caps for France, starting Les Bleus' 3-2 win over England in June but he came off injured in the first half.

As for Kolarov, the 31-year-old Serbian leaves after seven years, 224 appearances and five major trophies at the Etihad Stadium.

"When I came in 2010, honestly, I didn't expect to play so long," Kolarov told mancity.com.

"Today is the day I have to say goodbye. Everything was quick the last couple of days. For me, it's a very sad day.

"In every part of the club we have improved not 100% but 200%. Now we are a far better club than what we were when I came. I am proud that I was part of making City the club that it is.

"For me it was a great pleasure to play for this shirt."