Brendan Rodgers claimed his Celtic side to be in a much better place than a year ago following their 4-0 Champions League qualifying victory over Linfield on Wednesday night.

A double from Scott Sinclair and goals from Tom Rogic and substitute Stuart Armstrong gave the Scottish champions a 6-0 aggregate win against the Northern Irish part-timers and set up a third qualifier against Norwegian side Rosenborg, who beat Dundalk 3-2 on aggregate.

Around 12 months ago Rodgers began his tenure as Hoops boss with a shock 1-0 defeat to Lincoln Red Imps.

Celtic recovered from the embarrassment in Gibraltar to win the tie 3-1 on aggregate and qualify for the Champions League group stages but Rodgers believes his treble-winning squad are in a much better place at the start of this campaign.

The Northern Irishman said: "Some of our football at this stage of the season was very good.

"The fitness of the players will have gained another extra notch forward.

"Our only real disappointment was we didn't score more in the first half.

"We were a bit wasteful but that happens at this stage of the season. Our intensity wore them down in the end so I'm very pleased.

"But the team and the whole shape, how they're working, playing and running, we are 100 per cent in a different place to this time last season."

New signing Olivier Ntcham made his competitive bow for Celtic following his move from Manchester City last week, having featured in Saturday's friendly against Lyon. 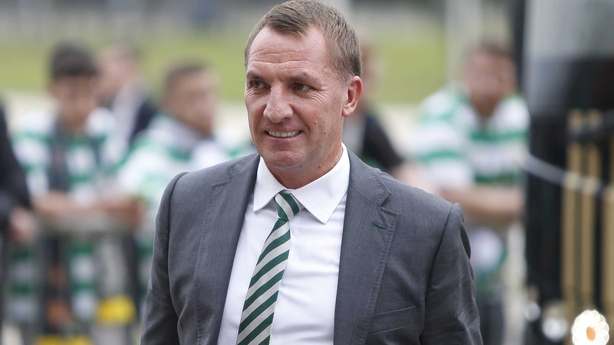 Kundai Benyu, who joined the club from Ipswich, also made his competitive debut as a second-half substitute and Rodgers was pleased with both players' contributions.

He said: "Olivier came in and we wanted to get him game-time as he has only been in a week and a half.

"He got his first hour at the weekend and just over an hour tonight.

"You can see his qualities, and once he gets up to speed and gets those relationships with the players he plays with, he's going to be a great asset for us with his power and his passing ability.

"Young Beni is full of enthusiasm. He is bright and deliberate in his play and he wants to get forward and get in the box. It was just to give him a feel for playing at Celtic Park."

Asked if Rosenborg would be a step up in quality, Rodgers, who was pleased with "some of the football at this stage of the season, it was very good" said: "It is never easy.

"The kitman has ordered chicken burgers and chips, these boys are up at seven o'clock in the morning to go to work"

"Lots of teams will come here and sit behind the ball, and 95 per cent of the two games were played in the final third.

"Rosenborg will not want to concede so many. They will want to take the game back to the second leg and ensure they have a chance.

"For us we play how we play, we go and attack the game and see if we can build a lead for the second leg.

"We have watched some of their games already. They are pretty stable, they play 4-3-3, they are midway through their season so they are going to be at a good level of fitness.

"The structure is pretty much set in how they play, Norwegian teams are very disciplined and organised but we look forward to it.

"We know whoever we get in the qualification campaign it is never going to be easy.

Asked about a paramilitary image displayed on a banner held up in the section of the stadium which normally houses the Green Brigade, the Ultras-style element of the Hoops support, the Northern Irish boss said: "I didn't (see it). Fortunately I am one of these guys who just concentrate on the game." 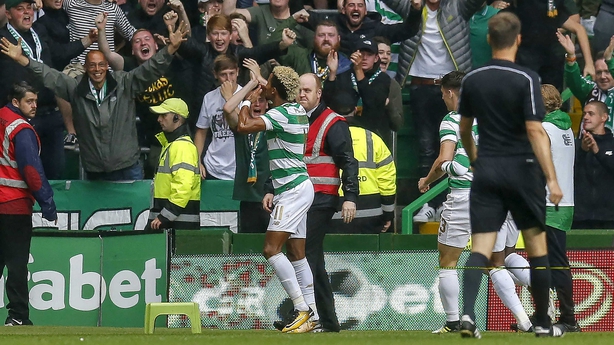 Linfield boss David Healy, a former Rangers striker, praised Rodgers and was impressed by his side.

He said: "Brendan was a class act as he always is off the pitch. He came into the dressing room after the game and shook every person's hand. That meant a lot to the staff and players.

"Celtic are a quality side, we knew that. They had a right go (in the second half), they came out 100 miles per hour and I think 4-0 was probably fair.

"I patted the players on the back for their effort, attitude and discipline. We got done late on with fitness levels.

"The kitman has ordered chicken burgers and chips, these boys are up at seven o'clock in the morning to go to work.

"That is the level we are at. Celtic are an incredible team, especially these days.

"They have won six league titles in a row but that at the moment it is the best squad of players Celtic have seen in probably a long number of years."