Gareth Bale admits he has no idea if Cristiano Ronaldo will still be a team-mate of his at Real Madrid next season - but is keeping his fingers crossed the Portugal superstar does end up staying with the European champions.

Not for the first time, speculation about Ronaldo's future is one of football's hottest topics after last month's shock revelation that the 32-year-old was determined to quit Real and Spain.

That was due to the reigning Ballon d'Or and Best FIFA Men's Player award winner feeling he was being singled out for disproportionate treatment after Spanish prosecutors accused him of evading tax of €14.7m.

Those allegations were denied in a statement by Ronaldo's management company Gestifute.

Ronaldo, who had been linked with a return to Manchester United, has remained silent on his future since then and it remains to be seen if Real's all-time record goalscorer will line up for Zinedine Zidane's men at the start of the coming season.

Bale hopes that will be the case, but insists he has no inside knowledge as to what his team-mate - who last November signed a contract tying him to Real until 2021 - will end up doing. 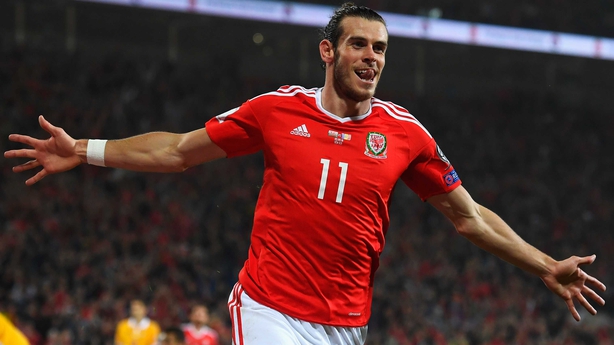 Asked if he thinks Ronaldo wants to leave, Bale told Spanish newspaper Marca: "I've not read anything, I haven't got a clue about what's going to happen. Look, I only found out yesterday that (Romelu) Lukaku has signed for Manchester United... I honestly don't know.

But on whether Bale wants Ronaldo to remain at the Bernabeu, the former Tottenham forward was much clearer, saying: "Of course, we won titles, we did well, we don't need to change anything."

Bale and Ronaldo have been club-mates since 2013 and were part of the Madrid squad that won the Champions League and La Liga titles last season, although the Wales international's contribution was once more disrupted by injury - including an ankle problem which almost robbed him of a place in the Champions League final in his home city of Cardiff.

The 28-year-old has been plagued by fitness problems during his time in Spain but is hoping a strong pre-season will help stand him in good stead for the coming campaign.

"I'm going to try and have my best season."

"(The ankle is) fine. Obviously during the holidays I haven't done a lot of intensive stuff on the area, in order to recover well," he said.

"I found it difficult to stay fit last season due to the pain. I've worked hard to recover and now be able to take a full part in pre-season.

"I was annoyed last season because you always try to return to help the team, and give the best of yourself. Maybe I should have had more time recovering, and not forcing things, but now there is no pain. The ankle feels strong and I'm ready.

"I'm going to try and have my best season, of course, and if I respect the injuries I will have a great season. Now I need to make myself strong to try and avoid these injuries."

Bale was a doubt for June's Champions League final even in the days leading up to the match after being sidelined since 23 April with ankle ligament damage, but he was passed fit and ended up playing the last 13 minutes of the 4-1 win over Juventus.

He added: "I worked hard, 12 hours a day, to be available for the final, to make sure the ankle was OK, and to be able to enjoy those minutes was really rewarding. Lifting the cup in front of my family and friends was incredible."