Swansea have put a £50m price tag on Gylfi Sigurdsson.

The move comes as the Icelandic playmaker continues to be heavily linked with Everton and Leicester.

Swansea remain determined to keep hold of Sigurdsson, who was named the club's player of the year for the second successive campaign last season.

The 27-year-old scored nine league goals and had 13 assists in a team which spent the entire season battling against relegation.

It was understood Swansea wanted at least £40m if they were to sell Sigurdsson, but that figure has now been revised with transfer fees spiralling this summer.

Sigurdsson has three years left on his contract having signed a new deal last August.

Swansea chairman Huw Jenkins revealed in February that Sigurdsson was the subject of "substantial offers" during the last transfer window, with interest understood to have come from both home and abroad.

Sigurdsson said at the club's end-of-season awards in May that he was happy at Swansea and would only leave the Liberty Stadium if the club wanted to sell him. 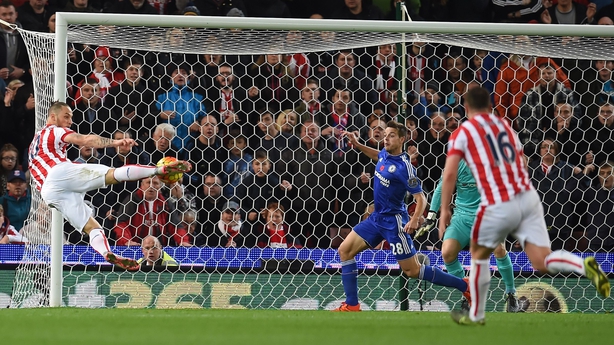 Stoke forward Marko Arnautovic has handed in a transfer request.

The 28-year-old has asked to leave the bet365 Stadium with West Ham interested in signing him.

Arnautovic, who only signed a new four-year deal at Stoke last summer, is currently with the squad in Switzerland for their pre-season training camp.

Stoke have made no decision over the request and Arnautovic is due to play against Neuchatel Xamax on Monday as the Potters kick off their pre-season programme.

The Austria international was linked with Everton last year before signing his new deal and Stoke would be unwilling to have another transfer saga.

With the current inflated transfer market Arnautovic would be expected to command a large fee should Stoke even be tempted to sell.

Arnautovic joined from Werder Bremen in 2013 and has made 145 appearances, scoring 26 goals, for the Potters. He netted seven times in 35 games last season.