Celtic expect the Scottish football authorities to review the Rangers tax case after the Supreme Court ruled in favour of Her Majesty's Revenue and Customs - but the governing body has already dismissed the prospect of disciplinary action on its part.

Only the Scottish Professional Football League can now reopen the case after the tax authority's binding victory following a long-running dispute over about £50m in payments made to Rangers players and staff through Employee Benefit Trusts (EBT) from 2001 until 2009.

Rangers were given a £250,000 fine, which was ultimately paid by the newco club, in February 2013 after a Scottish Premier League-appointed commission ruled they had breached rules by deliberately failing to disclose "side letters" which detailed many of the payments in advance.

However, the three-man panel, chaired by judge Lord Nimmo Smith, ruled Rangers had gained no "unfair competitive advantage" and should suffer no sporting sanction.

That ruling was made in between two tax tribunals which decided largely in favour of the Murray Group, the former majority shareholder of the liquidated club. But those decisions were reversed in the Court of Session in 2015 and there is no avenue for appeal following the unanimous decision by five Supreme Court judges.

Arguments that Rangers won trophies with players they would not have been able to afford if they had been paying the correct tax have now been strengthened by the final verdict.

A statement from Parkhead read: "Celtic's position on this issue has been consistent - that this has always been a matter for the courts of law and also the Scottish football authorities, whose rules are intended to uphold sporting integrity.

"In 2013, we expressed surprise - shared by many observers and supporters of the game - over the findings of the SPL commission that no competitive or sporting advantage had resulted. Today's decision only re-affirms that view.

"We are sure now that the footballing authorities in Scotland will wish to review this matter. Celtic awaits the outcome of their review."

The Scottish Football Association (SFA) quickly ruled out any disciplinary action after its board sought legal advice in advance of the verdict.

A statement read: "Specifically, senior counsel was asked to anticipate whether a determination in favour of HMRC, as announced today, could imply that there had been a breach of the Scottish FA's disciplinary rules as they applied at the time of the EBT payments.

"The clear opinion of senior counsel is that there is a very limited chance of the Scottish FA succeeding in relation to any complaint regarding this matter and that, even if successful, any sanctions available to a judicial panel would also be limited in their scope.

"Accordingly, having had time to consider the opinion from senior counsel, and having examined the judgement of the UK Supreme Court, the board has determined that no further disciplinary action should be taken by the Scottish FA at this time." 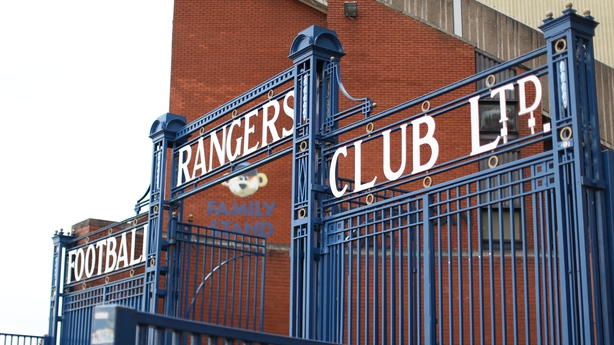 The Scottish Professional Football League (SPFL), which assumed control of the top flight following a merger in June 2013, had earlier issued a brief statement.

A spokesman said: "We will now take time to examine the judgement in detail and to consider any implications for the SPFL."

The ramifications extend beyond Scotland and beyond football with HMRC set to target firms which used similar schemes.

The liquidators of oldco Rangers, BDO, will open discussions with HMRC over the liability but the situation with the beneficiaries of the EBT payments, many of whom live abroad, remains uncertain.

Andrew Watters, specialist tax, trusts and estates partner at Irwin Mitchell Private Wealth, said: "As the old Rangers company is now in liquidation, HMRC may try to switch tax liability to the players. If that is successful, some may struggle to pay large tax bills coming years after their high-paying playing days are over."

Andy Wood, technical director of Enterprise Tax Consultants, was involved in a six-figure settlement between HMRC and a club in the English leagues in relation to one senior official, and was aware of "five or six" other deals being struck.

Wood added: "Those clubs which used EBTs and did not similarly engage with HMRC may well now be ruing their failure to do so.

"Some of those organisations which used EBTs to reward star players and directors may well not still be in the Premier League and, therefore, discomfited by being asked to come up with substantial sums of money at short notice without still having access to the sort of income associated with being in English football's top flight.

"In addition, I have no doubt that HMRC will feel emboldened by this judgement as it expands its ongoing enquiries into football's use of image rights payments.