Southampton have signed Poland Under-21 defender Jan Bednarek from Lech Poznan on a five-year deal.

The 21-year-old becomes new manager Mauricio Pellegrino's first addition and will link up with the Saints later this month due to his involvement at Euro 2017.

Centre-back Bednarek, who reportedly cost £5million, told the club's official website: "I am so happy that I could join a club like Southampton.

"This is the moment I have worked for that makes my dreams come true.

"I think it's a good step for me, because I have heard Southampton is such a good club for young players, so I can improve here."

The two signings could pave the way for the in-demand Van Dijk to leave the club should Southampton's valuation of the player be met.

The 35-year-old Argentinian was available as a free agent after being released by Manchester City at the end of last season.

Premier League champions Chelsea were in the market for a new goalkeeper after selling back-up Asmir Begovic to Bournemouth in May.

The 22-year-old has signed a five-year extension which ties him to the Rojiblancos until June 30, 2026. 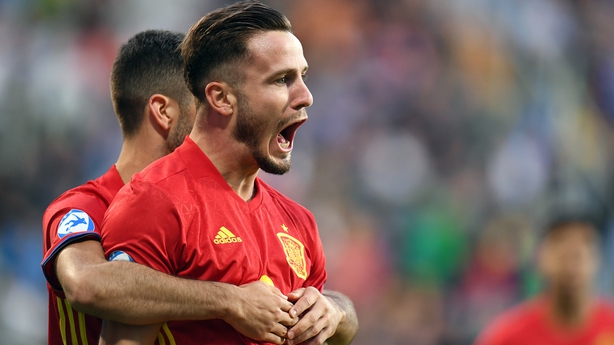 Saul, who was part of the Spain Under-21 side that lost the Euro 2017 final to Germany on Friday, said on his club's website: "I'm very happy because at Atleti we are a family and there is no better place to be."

The highly-rated Saul had been linked with a move to some of Europe's top clubs, with his stock rising further still during the European Under-21 Championship in Poland as he scored a stunning hat-trick in the 3-1 semi-final win over Italy and finished as the tournament's top scorer.

And Marquinhos has signed a three-year contract extension with Paris St Germain.

The 23-year-old Brazil international's new deal lasts until June 30, 2022 and should end transfer speculation linking him with a move to the likes of Manchester United and Barcelona.