The captain moved to Stadium of Light in 2011 and during a six-year spell became the club’s leading appearance maker in the Premier League.

O'Shea suffered relegation with the Black Cats last season but will be hoping to help his side return to the top flight at the first time of asking under new manager Simon Grayson.

Bournemouth have signed Chelsea defender Nathan Ake for a club record fee, reported to be in the region of £20million.

The 22-year-old Holland international, who spent the first half of last season on loan with the Cherries, has put pen to paper on a long-term deal at the Vitality Stadium, the Premier League club have announced.

He joins former Sunderland striker Jermain Defoe who completed a move to Bournemouth on Thursday as manager Eddie Howe continues his summer recruitment ahead of the 2017-18 season.

Ake scored three goals in 12 appearances for Bournemouth last season before being recalled in January by Chelsea, where he featured sporadically as Antonio Conte's side won the Premier League title and reached the FA Cup final. 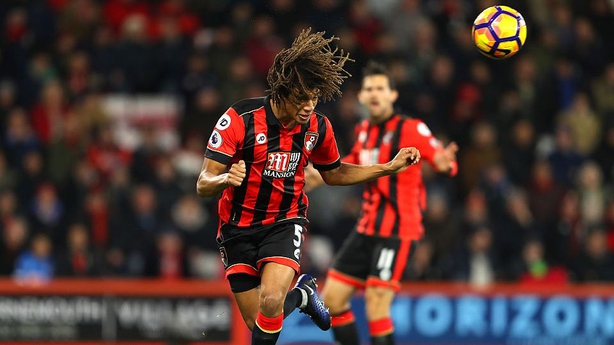 Ake told the Bournemouth website: "I had a great time here last season so I'm really happy to be back.

"It's an exciting challenge. Chelsea is a great club and I learned so much there but this is a new step and the right place for me to develop even more.

"The fans haven't seen the best of me yet. I always set the bar high so I know there is a lot of things I still have to work on.

"With the help of the manager here I know I can keep improving and become a better player."

👍 | We've completed the signing of Henry Onyekuru. The 20-year-old will spend 2017/18 on loan @rscanderlecht: https://t.co/MGh2zoptTW pic.twitter.com/RSU0xtEr1w

Everton have confirmed the signing of Nigeria international Henry Onyekuru from Belgian side Eupen - a deal which takes their summer spending past £50million.

The 20-year-old, who finished the season as joint top-scorer in the Belgian Super League with 22 goals in 38 matches, has signed a five-year contract after a fee understood to be in the region of £7m was agreed earlier this week.

However, he will immediately go out on loan to Anderlecht for next season where he will play in the Champions League.

Onyekuru had caught the attention of Arsenal and West Ham after scoring 30 goals in 60 matches for Eupen but Everton moved quickly to secure the young striker's services.

He is the third new arrival at Goodison Park this summer, following Sunderland goalkeeper Jordan Pickford (signed for £25m with £5m of add-ons) and Ajax midfielder Davy Klaassen (£23.6m).

Everton are also expected to complete a deal for Malaga forward Sandro Ramirez by early next week and their spending is likely to break through the £80m barrier with a £25m deal in the pipeline for Burnley defender Michael Keane.

They are also believed to be interested in Swansea midfielder Gylfi Sigurdsson. 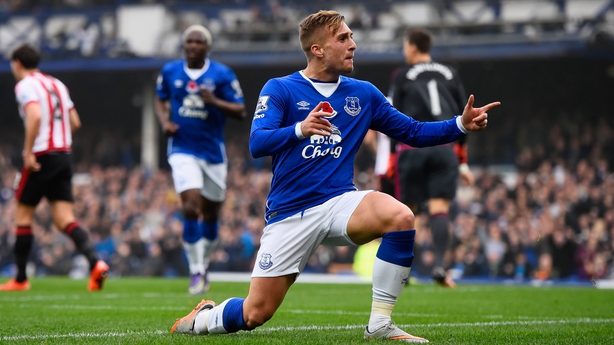 The Toffees activated the former Barcelona player's £5.7m release clause a couple of weeks ago but there has been a delay in completing the transfer because of his involvement at the European Under-21 Championship, where he has reached Friday's final with Spain.

The Spain Under-21 captain was not part of Everton boss Ronald Koeman's plans last season and spent the campaign on loan at AC Milan.

It is understood Barcelona had until July 1 to activate the clause, which will reportedly cost them £10.5million, and now they have done that Deulofeu, 23, will sign a two-year contract.

There is already speculation he could be loaned out with a view to a permanent move in order for Barcelona to make money on a player they have developed since the age of nine.

The Catalan giants sold their La Masia graduate to the Toffees for £4.3m in 2015.

Deulofeu left the Nou Camp for a season-long spell at Goodison Park in 2013-14, promisingly scoring four goals in 29 appearances, but having returned to his parent club a second loan at Sevilla was not as successful.

Then Toffees manager Roberto Martinez brought him back to Everton on a permanent basis in the summer of 2015 and he scored four goals in 33 appearances.