Ten-man Cork City showed why they are going to be champions as they produced a tremendous gritty display to see off Derry City.

The Rebel Army came from behind to claim another win, this time in front of a packed Maginn Park.

Despite Barry McNamee giving the home side the lead, two super goals from Karl Sheppard and Gearoid Morrissey meant the Leesiders won their 18th league game of the season.

The woodwork came to the visitors' rescue on 12 minutes as Ronan Curtis' 20-yard-drive, which had keeper Mark McNulty beaten, rattled the post before flashing across the line and being cleared by Kevin O'Connor.

Moments later, a clever flick on from Garry Buckley fell perfectly to Stephen Dooley at the back post, but the ex-Derry winger saw his close range strike bravely kept out by City keeper Gerard Doherty.

Derry deservedly broke the deadlock on 17 minutes as Patterson's clever flick on found Barry McNamee, who ran at McCormack, before sending a sweet left-footed strike from the edge past McNulty.

Cork showed their ruthless streak on 30 minutes when they equalised as McNamee's misplaced pass went to Sean Maguire and his first-time ball released the alert Karl Sheppard, who made no mistake in turning the ball home past Doherty. 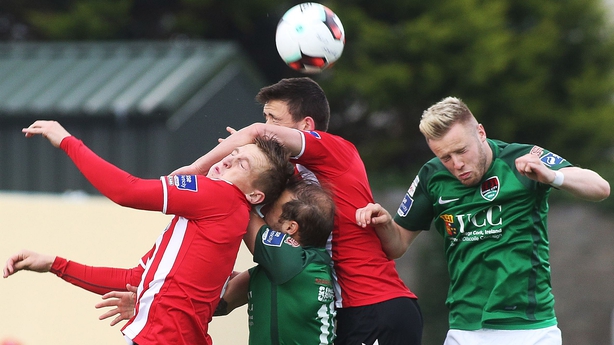 The home side should have regained the lead on 35 minutes but Curtis ballooned the ball over the bar, after Nathan Boyle's right wing centre had picked out the unmarked Republic of Ireland U21 international.

That scare seemed to waken the visitors up and they went in front in sublime fashion on 37 minutes as Dooley skipped in from the left hand touch-line before feeding Gearoid Morrissey, whose 25-yard-drive flew high into Doherty's top left-hand corner.

Twice in the closing stages of the first half Dooley had two super chances to increase Cork's lead but Doherty and then defender Conor McDermott denied him.

The Rebel Army had to defend for long periods of the second half and they were reduced to ten men on 65 minutes after Keohane was sent-off when he fouled Curtis and picked up his second yellow card inside five minutes.

City really went at Cork after the red card and but the never-say-die attitude from the visitors meant Kenny Shiels' side were frustrated for long periods.

In the closing stages, Derry substitute Mark Timlin's first touch was a shot from the edge of the box that was saved by McNulty.

And McNulty was called into action again on 92 minutes when he did well to parry away Patterson's snap-shot. 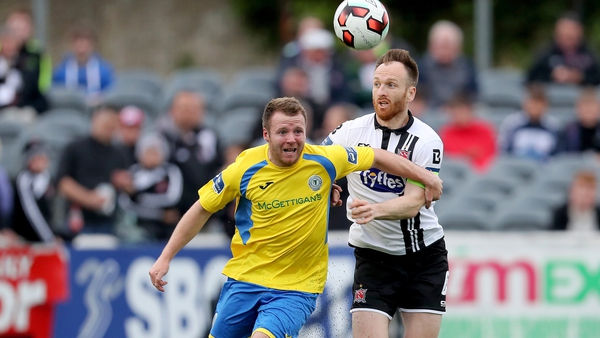 WATCH: Derry up and running with impressive win over Bohs