Marcel Koller’s side arrive in Dublin, knowing that they must beat Ireland to have a realistic chance of qualifying for the World Cup in Russia.

Ireland recorded a very important 1-0 victory in Vienna last November, but Austria will draw on a lot of positive moments from that game and will be very confident of coming to Dublin to secure all three points.

Austria’s campaign thus far has been a mixed bag as they were beaten by Serbia as well as Ireland, while they also dropped two points at home to Wales.

They did manage to secure maximum points from their other two games but they will need to take points from all the big sides in the second half of the group qualifiers to have any chance of progressing to next year’s World Cup.

Koller’s side, no doubt, are already writing off finishing in first place for the automatic World Cup place and must be targeting the runners-up spot, with a much improved points tally.

That difficult task starts in Dublin and anything other than a win will all but end their involvement in the process. 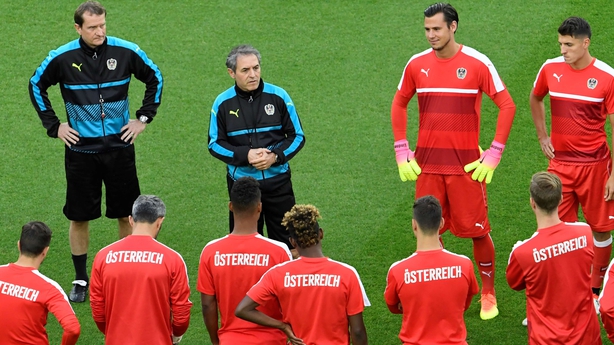 Form and formation ahead of Aviva battle

As mentioned, Austria’s form in this group has been less than impressive, but they will look to build on their last competitive outing, where they beat Moldova 2-0.

Koller’s side have probably been unlucky with results against the main competitors, as they should have probably taken a point in Serbia, as well as sharing the spoils with Ireland in Vienna.

However, the team endures too many barren spells in every game that they play and have looked very frail at the back throughout, conceding sloppy goals against Wales and Serbia, while they took 75 minutes to break down a stubborn Moldova back in March before two late goals secured the win.

Koller’s side have played the majority of the campaign using a 4-2-3-1 formation, but with the personnel available for the Ireland encounter, the manager is likely to employ a sort of 3-4-3, which will allow him to field a very attack-minded side at the Aviva.

Aleksandar Dragovic and Martin Hinteregger should line up either side of Watford’s Sebastian Prodl, with captain Julian Baumgartlinger patrolling the deep midfield area in front of the back three.

Otherwise, Austria should name a very attacking side with David Alaba most likely taking on the left wing-back role, with the freedom to roam inside, while the ever-impressive Florian Klein will be a constant threat up the right flank.

Play-maker Zlatko Junuzovic, who missed the home tie through injury, should sit in the middle of the park, while Martin Harnik  and Louis Schaub should play in attack, supporting loan front man Guido Burgstaller.

Overall, Austria should have six changes from the starting XI who played Ireland in Vienna, five enforced through injury and one tactical, but while some natural quality is lost, the replacements are more than capable.

Remember the Harry Ramsden Challenge? It happened 22 years ago before a Euro qualifier against Austria... https://t.co/qzSxpQXcLn pic.twitter.com/gSteRY6YEQ

While Austria have plenty of strength in depth, they have no natural replacement for their main creative outlet, Stoke City’s Marko Arnautovic. 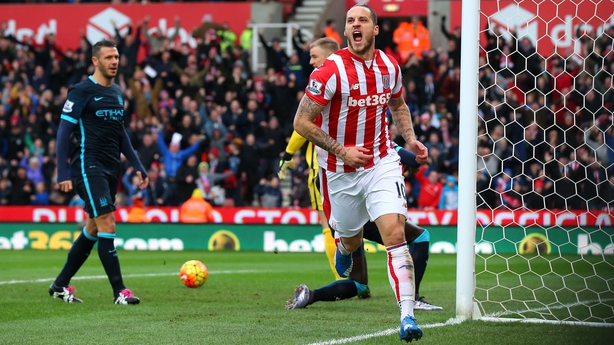 The former Inter Milan man has his critics and should probably have forged a much better club career for himself, but the attacking Austrian looks a class apart amongst his international team-mates, with the possible exception of David Alaba.

But even Bayern Munich’s Alaba cannot really affect a game the way that Arnautovic can turn a game on its head with one of his well-timed runs in from the left wing.

No better example than in the Wales match in this campaign when Chris Coleman’s side looked to be the better team, but twice Arnautovic kicked into top gear to earn a point with two excellent and very different goals.

Seamus Coleman just about contained Arnautovic in the clash with Ireland in November and his sometimes questionable temperament and growing frustration probably limited his influence.

The towering Marc Janko generally leads the line and is key to allowing the rest of the front formation to play, however, the striker is ruled out injured. 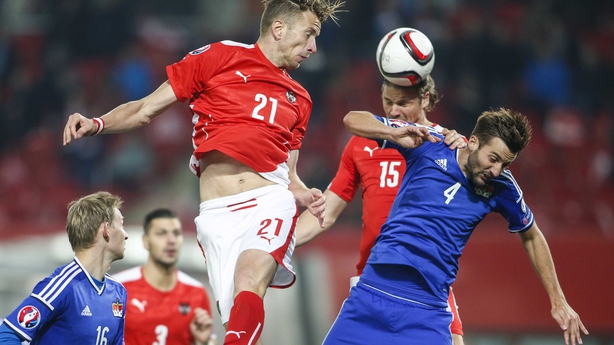 In fact, Austria must change their front four for the trip to Dublin as Alessandro Schöpf is also ruled out through injury, while the latest withdrawal was that of Marcel Sabitzer who may or may not have been practising his Tom Cruise sock-slide when he slipped in his living room and cut his arm after crashing into some glass furniture.

Stefan Ilsanker missed the home clash with Ireland and would surely have started in Dublin but he is also ruled out through suspension, while goalkeeping duo Robert Almer and Andreas Lukse are both injured.

Austria flew out of the blocks against Ireland in Vienna, winning two corners inside the first two minutes, while Ireland were lucky that the home side failed to capitalise on a very dangerous ball across the six yard box, which led to that first corner.

Alaba was instrumental in that opening period and will look to orchestrate a similar scenario in Sunday’s game as Austria, coming for a victory, will look to strike early in Dublin.

And the familiar surroundings should help their cause as they can draw on the experience of playing in Dublin in 2013, where the game ended 2-2 thanks to a late equaliser by the Bayern Munich man.

Austria scored first in that game, thanks to a Martin Harnik strike and the Hannover man will be looking for a repeat performance.

Austria will look for weaknesses in this Ireland team and they will certainly target Cyrus Christie, stepping into the big shoes of injured captain Seamus Coleman.

David Alaba is likely to play in the left wing-back role and will attempt to force Christie onto the back foot, especially in the early stages. 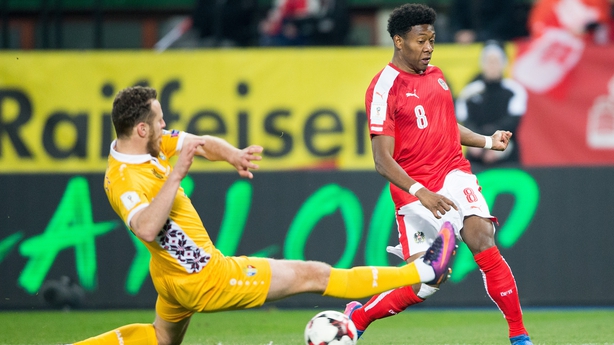 Christie, however, knows that his best form of defence is attack and will be anxious to push out from his own final third, while Alaba’s inclination to drop inside may allow the Ireland defender to enjoy some space in the Austria half.

Christie will need to have his positional sense in tact throughout, however, as the three-man attack will look to work well with Alaba to expose the Derby County man in defence. 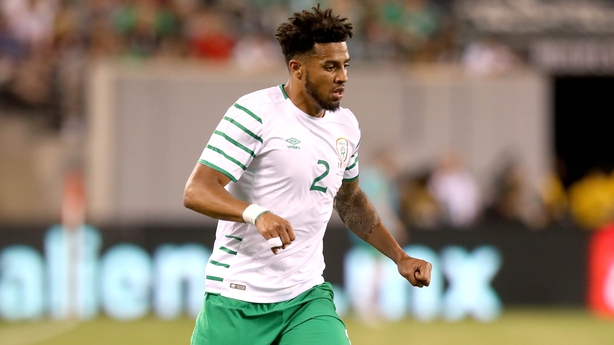 The Ireland right back should look for strong leadership inside him to guide him through the intense moments, while will also need his fellow right-sided player – probably Robbie Brady – to do his fair share of the graft.

Alaba, of course, is no stranger to the stadium and scored a vital late equaliser here in 2013. If Ireland can keep him contained, then half the battle is already done.

The Austria midfielder missed out on the Vienna game through injury but Junuzovic is back in the side and will be instrumental should Austria put in a decent performance.

The Werder Bremen man is happy in a play-making role in the middle of the park or sitting in the number 10 role further up the pitch, but should start in the deeper role looking to get on the ball and create at every opportunity. 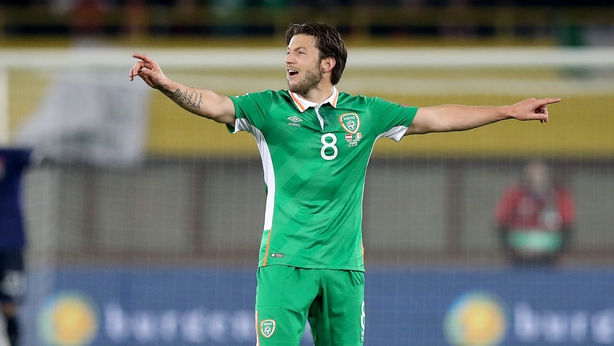 Harry Arter is the perfect foil for Ireland and whether he is sitting alongside Glenn Whelan or working with Jeff Hendrick in the middle of the pitch, the Bournemouth man should always have one eye on Junuzovic.

Fond of an early and often mistimed challenge, Arter will be instructed to remain disciplined throughout the opening stages of the game and stay on his feet in his battle to contain his opposite number.

Junuzovic has the scars to remind him of his last visit to Ireland, but while James McCarthy is not involved this time around, he should expect another physical encounter in the middle of the pitch.

With regular target man Marc Janko ruled out through injury, Guido Burgstaller looks set to lead the line against Ireland.

Shane Duffy will be tasked with the job of nullifying his threat and while Burgstaller is relatively inexperienced on the international stage, the Schalke striker is a regular scorer in the Bundesliga, scoring nine goals in 17 appearances since making the move up a level from Nurnberg, where he also scored a goal every other game. 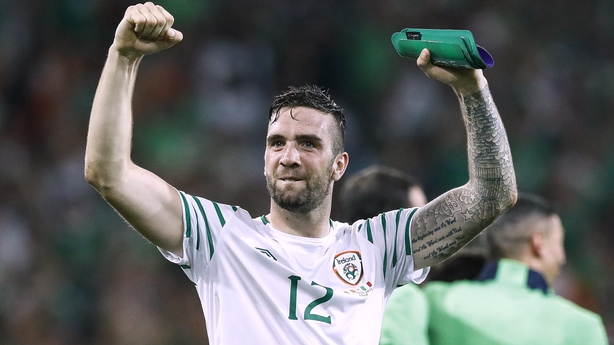 Duffy is coming back to full fitness after missing the end of the club season and while his judgement and timing appeared out of sync at times in Ireland’s two friendly encounters, the game time should stand to him.

Burgstaller will offer more movement than Janko provided in Vienna, so Duffy will have to work well with his central partner – most likely Richard Keogh – to assess and deal with the threat.

With all the debate in the Ireland camp this week about which goalkeeper will get the nod from Martin O’Neill, the Ireland manager can enjoy that particular selection headache when compared to that facing counterpart Marcel Koller.

Austria’s number one keeper Robert Almer remains out injured, while neither keeper named in the squad against Ireland in November are available for the trip to Dublin. 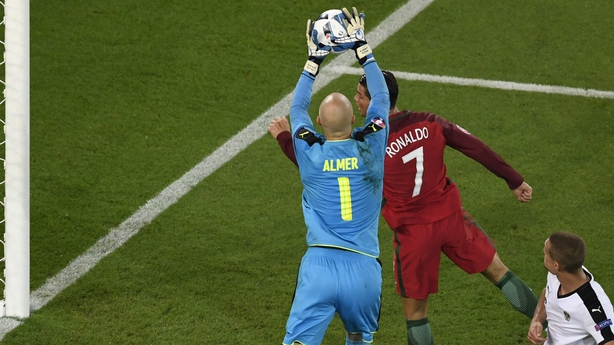 Ramazan Ozcan played against Ireland, and did not do a whole lot wrong in the game, however, the Bayer Leverkusen stopper has since retired from international football, while the new number one in Almer’s absence Andreas Lukse is currently injured.

So as a result, Heinz Lindner of Eintracht Frankfurt, Stoke’s Daniel Bachmann and Markus Kuster of Mattersburg have been named in the squad for Dublin.

With only a handful of international caps between the trio of stopper options, Linder should start, but some early wobbles could give Ireland a real advantage in the game. 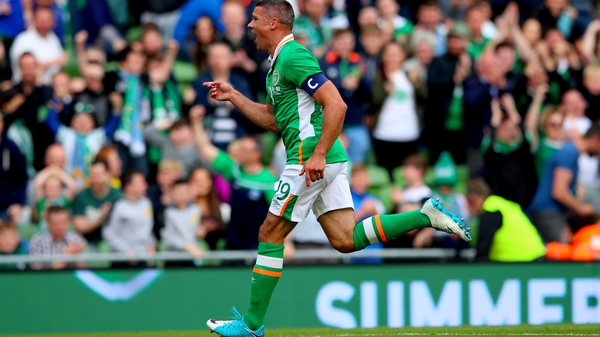