Former Republic of Ireland captain Kenny Cunningham believes there should be rush to make a goalkeeping switch in the national side, despite calls from some for Keiren Westwood to take the number one jersey from Darren Randolph for next weekend's vital World Cup qualifier against Austria.

The West Ham stopper has done little wrong since becoming Martin O'Neill's first choice, but was at partial fault for Uruguay's goal in Sunday night's uplifting 3-1 victory at the Aviva Stadium, when he came for a cross but was beaten to the ball by goalscorer Jose Gimenez.

Indifferent form at club level also saw Randolph lose his place in the West Ham side towards the end of the season, in contrast to Westwood's excellent season in the Championship with Sheffield Wednesday. 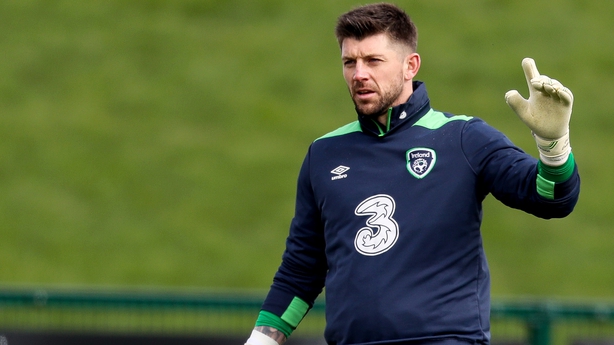 Westwood (pictured) replaced Randolph for the second half on Sunday evening against La Celeste, and although he put his hand up for selection with a good display between the posts, Cunningham is not ready to make the switch just yet.

"Not for me," Cunningham said when asked if Randolph's place should be up for discussion.

"I think it's an obvious thing to say when the keeper's made a mistake, and yeah, being ultra critical, I'm sure Darren Randolph will look at the goal and think 'maybe I could have handled the situation a bit better'.

"But for me, the defenders in front of him should have done a little bit better as well. It was an untried partnership between Shane Duffy and Kevin Long, and both did very well, but they had a warning a couple of minutes prior when the ball hit the bar.

"It's an ugly goal to concede but the defenders get a little bit fractured, they should have been together in a line and I think Randolph spotted that we were in trouble and tried to rectify the situation.

"There are a couple of little details there, but as it was an untried partnership I wouldn't be too critical."

Cunningham and fellow panellist Richie Sadlier picked their team for the crucial Group D encounter, with no place for the man of the match against Uruguay, Harry Arter, in midfield. 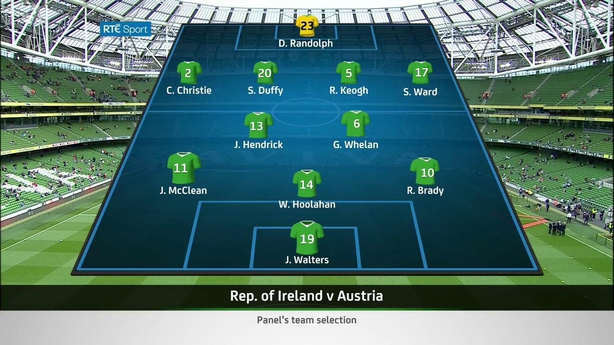 "I don't think Arter's performance, as impressive as it was, was enough to dislodge someone like (Wes) Hoolahan from the starting line-up," Sadlier said.

"(O'Neill's) got some really good options in that central area," Cunningham added. "It's just which balance he wants to strike.

"From my point of view I'd like to see Wes Hoolahan in the team, playing his preferred number 10 position. He gives us a real creative edge.

"If we play Wes in that position, then you have to look at your natural midfield pairing behind him - what's the best partnership in that area of the pitch?

"For me, one of those players has to be Glenn Whelan with his defensive mindset. And beside him it's Jeff Hendrick. I think we almost have to build the team around Jeff now, I'm a huge fan.

"Harry Arter has really impressed, I understand that, but the partnership of Whelan and Hendrick gives better balance."

Randolph in, Arter out. Do you agree with @RichieSadlier and Kenny Cunnignham's Ireland team to play Austria? pic.twitter.com/Ah550uKTmw