Well-taken first half goals from Brandon Miele and Gary Shaw avenged their worst display of the season to get Shamrock Rovers back on track at Tallaght Stadium.

Hoops' manager Stephen Bradley said their 4-2 defeat to Bray at the Carlisle Grounds last month needed to be put to rights.

And that Rovers did from the first whistle as this emphatic victory moved them level on points with fourth-placed Derry City, two points behind Bray in third.

Rovers started brightly in the glow of the evening sun, gratefully availing of a dreadful defensive error to take a fourth minute lead.

But under no pressure whatsoever, the Seagulls’ captain let the ball run to the lurking Miele who clinically punished the error when driving his shot past Peter Cherrie. 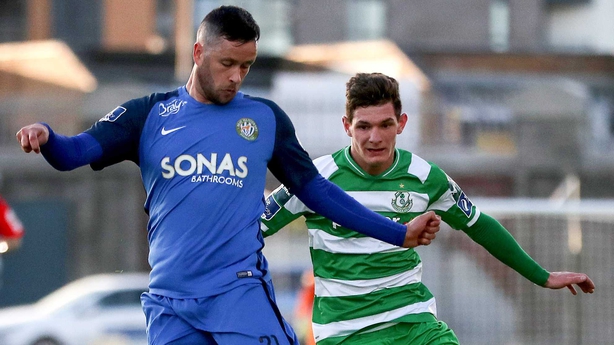 Save for a Gary McCabe shot comfortably gathered by Tomor Chenccinski, Rovers continued to boss the game early on with Graham Burke off target with a shot and then a header.

And such was their positive start, it was no surprised when they added to their lead on 20 minutes.

Finn weighted the perfect pass through for the run of Shaw down the inside right channel. The big striker finished well, showing admirable composure to side-foot past Cherrie and watch as the ball trickled over the line.

With Bray simply not yet in the game, it should have have been 3-0 to Rovers on 29 minutes.

Simon Madden crafted a one-two with Miele on the right edge of the box to cross from the end line for Burke who glanced his header wide with the goal gaping.

Bray finally mustered a threat from their first corner of the game minutes later as Hoops’ defender Dave Webster headed McCabe’s in-swinger off the line at the back post.

Equally vigilant, Finn then did even better to head clear under pressure at the same post from McCabe’s free kick two minutes before the break. 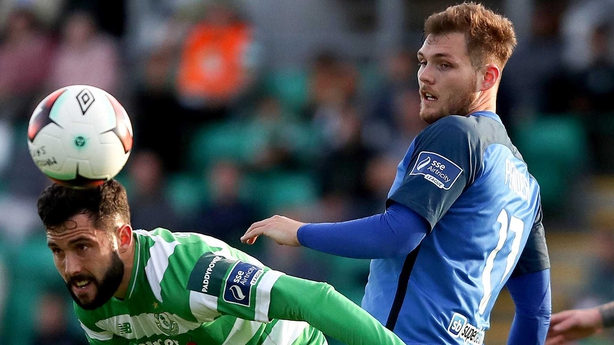 Ger Pender turned well only to volley high over the top for Bray shortly after the resumption before Rovers might have scored again at the other end on 50 minutes.

Trevor Clarke out-muscled John Sullivan to cross. It was missed by the diving Madden with Miele’s drive then flashing over the bar.

Miele was there again on 71 minutes only to be thwarted with a goal-line clearance by substitute Derek Foran after Clarke got away on the left to pull the ball back.

The woodwork prevented a third Rovers' goal 11 minutes from time as substitute Michael O’Connor, sent away from deep by Clarke, saw his shot come back off a post.