Real Madrid coach Zinedine Zidane said on Tuesday he will not be swayed by popular opinion in his selection dilemma over whether to play Gareth Bale or Isco in the Champions League final against Juventus on Saturday.

Real's record signing Bale has not played since injuring his groin against Barcelona on April 23 but is fit and available for the final in his home city of Cardiff after returning to training last Friday.

The overriding feeling in the Spanish media, however, is that Spain midfielder Isco, who has thrived in Bale's absence, scoring five goals and notching three assists in his last eight games, deserves a starting berth over the injury prone Wales international.

Zidane, however, has proved fiercely loyal to Bale, whose fourth season with Real has been blighted by a serious ankle injury and recurring muscle problems and said only he would decide who makes the starting line-up.

"It's normal that there's this debate, they're both very important players and everyone can give their opinion but it's not going to influence me," Zidane told a news conference on Tuesday.

"The most important thing is that everyone is available and prepared for the game."

Bale's injuries have limited him to 24 starts in all competitions this season, the lowest number of games he has played since his 100 million euro ($111 million) move from Tottenham Hotspur in 2013, although he has scored nine goals. 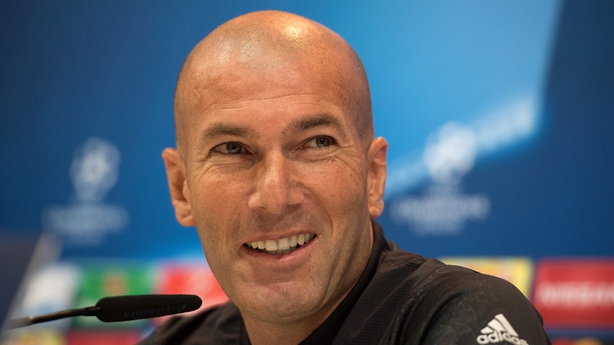 "Gareth doesn't have to say anything to me. He's ready, he's back training with us and he is hugely excited about the game," Zidane said.

"I know that he is motivated but I'm only interested in how we prepare for the game. They (Bale and Isco) are both very good players, people talk about one or the other but they can play together, they have played 16 games together.

"The important thing is that they are in good shape at the end of the season. Gareth maybe a little less because he has been injured but he has recovered well.

"We know what type of player Isco is, he showed that throughout the season, but the important thing is that all our players are in top form."

Watch Juventus v Real Madrid live on RTÉ2 on Saturday from 7pm and follow our live blog on RTE.ie and the News Now App