Manchester City chairman Khaldoon Al Mubarak has stressed Sergio Aguero's place in the squad is an "absolute must" and dismissed "ridiculous" speculation about the Argentina striker's future.

The arrival of teenager Gabriel Jesus in January saw the 28-year-old, who has scored 122 Premier League goals in 181 appearances since joining from Atletico Madrid in 2011, lose his place in the side.

Injury to Jesus saw him regain his place and Aguero finished the season with 20 league goals, well ahead of Jesus and Raheem Sterling (both seven), but that has not stopped rumours about his future.

"I've read a lot about the speculation on this and it is ridiculous," Khaldoon told mancity.com.

"Sergio Aguero is one of the best players in the world and we are a team that aspires to win in every competition we compete in.

"Having Sergio Aguero as part of the squad is an absolute must and has never been a doubt."

Meanwhile, Benfica goalkeeper Ederson is due to arrive in Manchester as his £35million transfer to City moves closer. 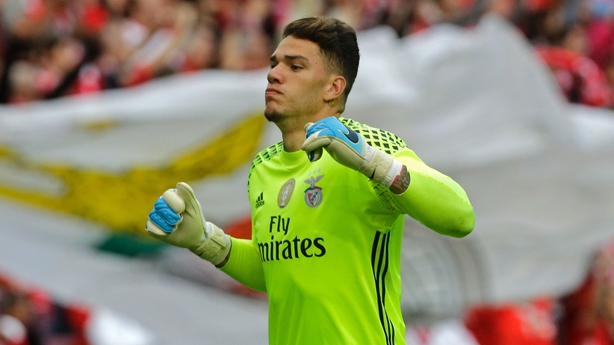 The club have still to negotiate a settlement on the 23-year-old's third-party ownership issues first but he could have a medical on Tuesday.

Last week Antonio Silva Campos, president at Ederson's former club Rio Ave, revealed they still hold 30 per cent of the player's rights and Jorge Mendes' agency Gestifute 20 per cent with Benfica having the other half.

The Football Association banned third-party ownership in 2008 and it was outlawed by FIFA in 2015 but allowed existing arrangements to remain in place until their contractual expiry and this is what City are working through at present.

City are paying Benfica €40million, therefore technically still making Gianluigi Buffon's €51million transfer from Parma to Juventus in 2001 the most expensive for a goalkeeper.