Joe Hart faces an uncertain future with Manchester City after returning from a year with Torino as the Premier League club reportedly negotiate the world-record capture of Benfica goalkeeper Ederson.

Media reports in England and across Europe suggest Pep Guardiola's City, who finished third in the domestic league, are in talks to sign 23-year-old keeper Ederson for £34.9m.

On Sunday the Brazilian admitted he had "probably" played his last game for Benfica, hours after clinching a campaign double with victory in the Portuguese Cup, while over in Italy England stopper Hart represented Torino for the last time.

After conceding three goals in the final game of his loan spell, a 5-3 home victory over Sassuolo, Hart bid farewell to the Torino fans. He will not return to Turin as the Serie A club cannot afford him.

On Instagram he wrote: "Thank you Torino... I am so proud to have played for your special football club. The way you have treated me and my family is something that we will never forget.

"I will forever support Torino for the rest of my days. I have met so many special people and this has been one of the greatest experiences of my life.

"I will come back to see you all one day so it is bye for now, enjoy an amazing summer." 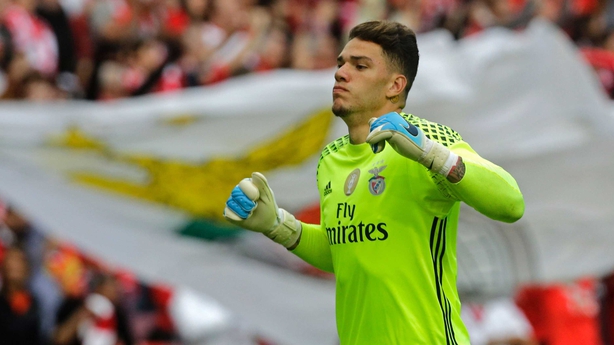 Hart returns to the Etihad Stadium unsure what City boss Guardiola has planned for him.

Claudio Bravo endured a shaky start to life in England following his summer switch from Barcelona and while Willy Caballero has been released, the potential capture of Ederson (above) could isolate Hart.

The 70-time England international is in the 25-man squad to face Scotland and France in the next eight days and will face a battle to convince Guardiola he can reclaim the number-one jersey at City.

While Caballero, Gael Clichy, Jesus Navas and Bakary Sagna are confirmed to be on their way out of the Etihad, Spanish striker Nolito hinted he could return to his homeland after a disappointing year.