Garry Monk has resigned as manager of Leeds, the Sky Bet Championship club have announced.

A statement issued by Leeds on Thursday afternoon said the club was "shocked and disappointed" by Monk's decision but that his resignation was "reluctantly accepted" by new chairman and now sole shareholder Andrea Radrizzani.

The former Swansea manager was only in charge at Elland Road for one season, after replacing Steve Evans last summer, but guided Leeds to a seventh-place finish in the Championship, missing out on the play-offs by five points.

After such a promising campaign, he was expected to sign a contract extension to remain with Leeds but Monk has decided against it.

His departure comes just a day after the controversial ownership of Massimo Cellino came to an end.

In a statement, the club said: "Leeds United can confirm that we have received Garry Monk's resignation from his role as first team manager.

"We are shocked and disappointed by Garry's decision but his resignation has been reluctantly accepted by chairman Andrea Radrizzani.

"Andrea made it clear to the media yesterday that his intention was to exercise the club's option to extend the manager's contract for another 12 months and immediately begin negotiations for a longer term deal.

"Mr Radrizzani has met with Garry twice since taking over at Elland Road earlier this week and during the second meeting yesterday it became clear that Garry was considering life beyond Leeds United, as at no time did Garry wish to discuss terms for a longer contract.

"Following that meeting yesterday Garry's agent requested that the option was not exercised and his resignation was received this morning. 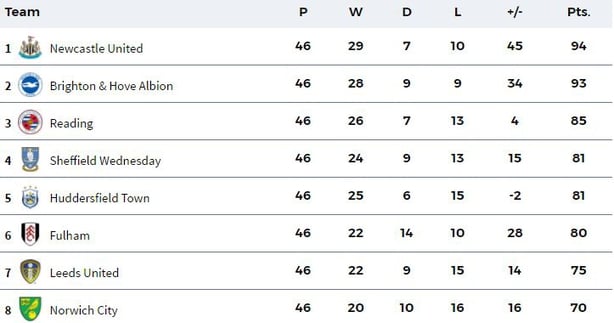 "Whilst we are deeply saddened by Garry's decision, there is no individual bigger than our club and we will now begin a process to identify and appoint a new head coach to take the club to the next level.

"We thank Garry for his contribution during his time at Leeds United, we are disappointed that we could not continue on this journey together."

Monk made a mediocre start in charge at Elland Road, losing four and winning only one of his first six league matches, but he went on to make Leeds strong contenders for the play-offs, with their top six challenge only fading at the end of April.

Just two wins in the last 11 games were to blame but it was still comfortably Leeds' best finish under the ownership of Cellino.

Monk has been linked with the Middlesbrough job while there are also managerial vacancies at Sunderland, Watford and Crystal Palace