Ex-Liverpool striker Dirk Kuyt has confirmed his retirement after steering Feyenoord to their first Eredivisie title in 18 years in a fairytale final campaign.

Kuyt, 36, made his name at the Dutch giants before moving to Merseyside in 2006.

There, he firmly established himself as a a reliable and versatile cog in Rafa Benitez's team, endearing himself to the Kop with a ferocious work rate and knack of scoring important goals.

Though never prolific, Kuyt had a habit of producing on the big occasion, scoring the penalty in a shootout against Chelsea that sent the Reds through the 2007 Champions League final, a crucial effort in the League Cup final clash with Cardiff in 2012 and an Anfield treble in a Premier League collision with Manchester United in 2011.

He spent three years with Fenerbahce before returning to Feyenoord in 2015, declaring that he would lead the club to the league they craved.

On Sunday, he delivered on that promise in Roy of the Rovers fashion, blasting home all three goals in a 3-1 win over Heracles Almelo 3-1 that clinched the title. 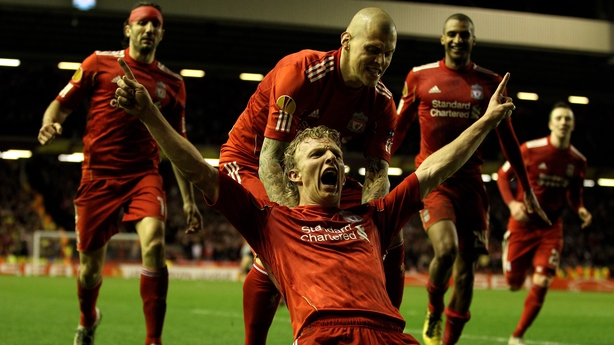 The forward, who won 104 caps for Holland, playing in the 2010 World Cup final defeat to Spain, felt the time was right to finally hang up his boots.

"Throughout my career I have always followed my heart when taking decisions and that goes for this one too," Kuyt told feyenoord.com.

"To me this feels like the right time to retire. I have had two fantastic years here since returning to Feyenoord, with this season's title as the absolute pinnacle.

"I had the dream of winning trophies and becoming a champion with Feyenoord. All my dreams have come true."

Kuyt is expected to remain on at the Rotterdam club as part of Feyenoord's technical management alongside head coach Giovanni van Bronckhorst. 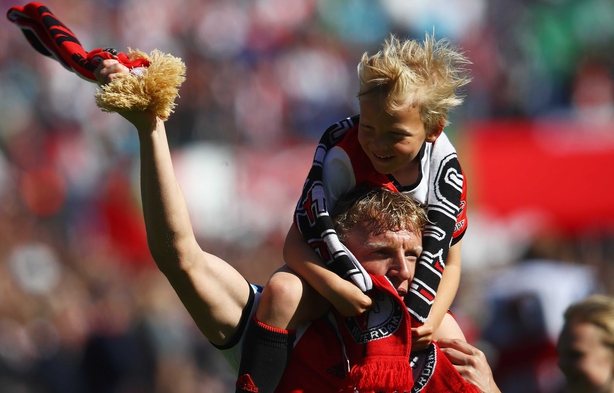