Dutch centre-half Van Dijk has been linked with a big-money move this summer, with Chelsea, Manchester City, Arsenal and Liverpool among the clubs rumoured to be interested.

The 25-year-old, signed from Celtic for £13m in 2015, has been sidelined since an ankle injury ended his season in January and Puel is adamant his defensive linchpin has not played his last game in a Saints shirt.

"It was a bad injury for him and for us," said Puel.

He's our captain and I have said he is important for us. He has authority, the leadership of the team, he is a fantastic player.

"Then after Jose Fonte left (for West Ham) it was difficult for us. It's been a good thing to see Jack Stephens and Maya Yoshida play together in their place. But for Virgil it was a bad injury.

"Now the surgery is finished he can work normally and be ready for next season - with us.

"He's our captain and I have said he is important for us. He has authority, the leadership of the team, he is a fantastic player.

"It's important for us, of course, to wait until the beginning of the season to see him on the pitch with Southampton.

"He has a long contract and the directors want to keep him."

Puel could welcome back another key player who has also been out with a long-term injury when Saints host Arsenal on Wednesday. 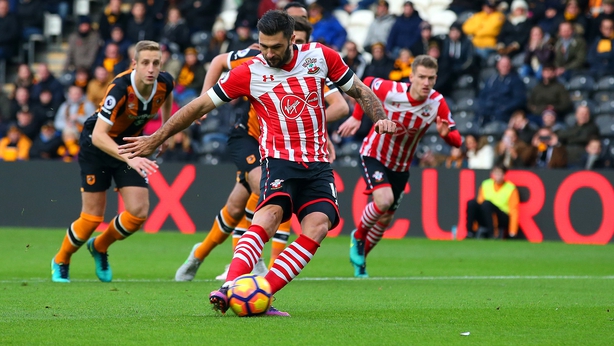 Striker Charlie Austin (above), still the club's top scorer this season with nine goals, has been absent since December with a shoulder injury.

But Austin played for Southampton's under-23s on Friday night and could be in contention to face the Gunners.

"It was important to see a game with Charlie," added Puel. "Charlie and Matt Targett played for one hour, they have worked hard in training sessions and we will see if they can participate this season.

"With Charlie, four or five months without a game means the intensity is very difficult. I am happy with his work and we will see if he can play in the next games.

"He has worked very well. We need to see if he can continue this work and get physically fit it will be interesting for him."