Liverpool midfielder James Milner's first missed penalty in more than seven years cost his side victory at home to Southampton but the damage was limited by Arsenal's win over Manchester United, which kept Champions League qualification within the Reds' hands.

Milner's 66th-minute spot-kick in the goalless draw was saved by Fraser Forster - the 31-year-old's first failure from the spot in 13 attempts for the club and his first since November 2009 - as Saints kept a fourth successive clean sheet this season against Jurgen Klopp's side.

Liverpool extended their goal drought against the south-coast club to 428 minutes since Daniel Sturridge scored in the 22nd minute of a 3-2 defeat at St Mary's in March last year.

Although the point lifted Liverpool into third it left them susceptible to being caught by fifth-placed United, who kicked off later in the day five points behind with two matches in hand, but United's 2-0 loss at the Emirates Stadium puts the Merseysiders' destiny back in their own hands.

Arsenal are seven points behind with two matches in hand so Klopp's side cannot afford another slip up, having been in a similar position to strengthen their top-four position against Crystal Palace a fortnight ago but contriving to lose. 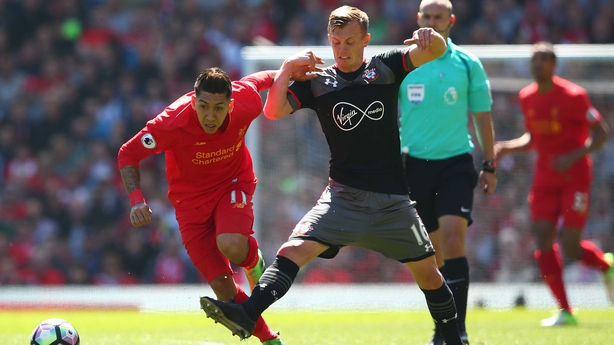 They regained the initiative with a 1-0 victory at Watford on Monday, after their chasing rivals dropped points, thanks to a goal-of-the-season contender from Emre Can, but there was to be no magical moment this time around and once again they needed to be bailed out by results elsewhere.

Southampton, comfortable in mid-table, came with little ambition other than not to lose but Liverpool were the ones found wanting with the onus on them to break the opposition down.

They had 65% possession - Saints failed to have a shot on target in 90 minutes - but the only time they looked like threatening in the first half was when Oriol Romeu was robbed by Roberto Firmino and the Brazilian's shot was blocked by Ryan Bertrand.

The five-across-midfield sitting-deep tactic has become a familiar sight at Anfield this season but it is employed because it is effective as Liverpool, without the pace of the injured Sadio Mane, struggle to open up teams even with Philippe Coutinho, recovered from the dead leg sustained at Watford on Monday, in their side. 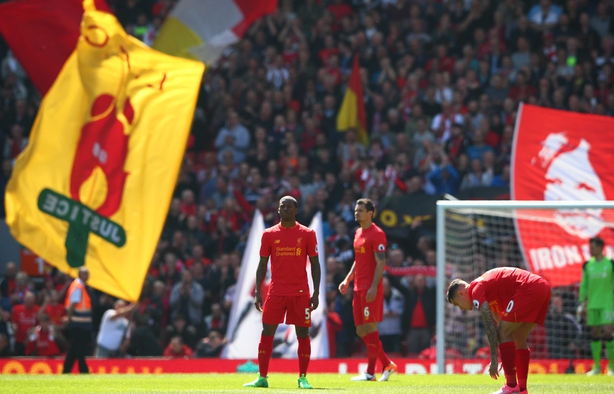 Such was the success of the plan 66 minutes passed before Liverpool genuinely threatened - and then it was courtesy of referee Bobby Madley who adjudged centre-back Jack Stephens had handled in a tussle with Divock Origi.

After some delaying tactics by Fraser Forster and James Ward-Prowse, which earned the midfielder a booking, the usually-reliable Milner was thwarted by the goalkeeper's low dive to his right - his first miss in eight attempts this season and first since 2009 for Aston Villa against Bolton.

Two minutes later Adam Lallana and Daniel Sturridge, who have both had recent injury issues, were sent on in an attempt to rectify the situation and made an immediate difference. 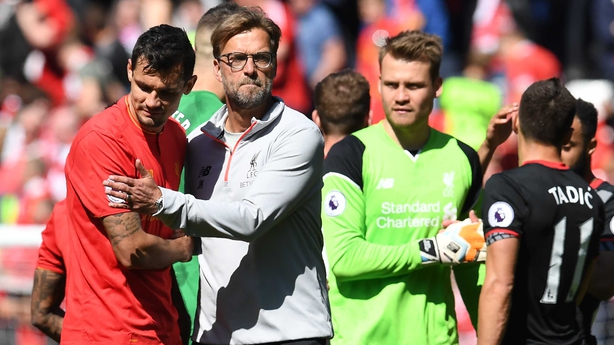 But as they pushed for a winner the hosts left themselves open at the back and goalkeeper Simon Mignolet was lucky to escape punishment after appearing to handle just outside his area under pressure from Dusan Tadic.

However, Forster came to Southampton's rescue in added time when he tipped over substitute Marko Grujic's close-range header to leave the Saints fans singing "Four games and you still don't score" at the end.