The Tigers overcame the controversial first-half dismissal of striker Oumar Niasse to score two brilliant goals in the space of nine minutes just after the hour mark through Markovic and Clucas to stay two points clear of the relegation zone with four games to play.

Hull's bid for survival had been dealt a massive blow when referee Robert Madley showed Niasse a harsh straight red card in the 25th minute, but their 10 men showed real fight after the break and stormed to a sixth win in seven home league games under head coach Marco Silva. 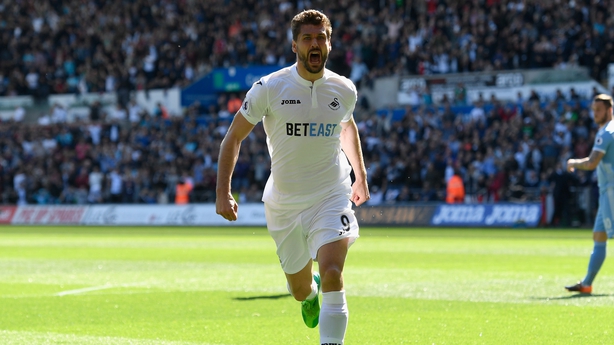 Swansea stopped the rot with a 2-0 victory over Stoke but remain in the bottom three of the Premier League.

Fernando Llorente's early header and a deflected Tom Carroll second-half strike gave Swansea their first win in seven games and lifted some of the gloom around the Liberty Stadium.

Swansea were given a huge helping hand when, with the score at 1-0, Marko Arnautovic blazed his 69th-mnute penalty high over the crossbar and into the disbelieving Stoke supporters behind the goal.

Middlesbrough edged closer to relegation to the Sky Bet Championship after losing 4-0 at Bournemouth following their latest limp display.

In a match they desperately needed to win to boost their ever-diminishing chances of beating the drop, Boro were level for less than two minutes and had Gaston Ramirez sent off after 20.

Josh King and Benik Afobe gave the home side a 2-0 lead inside 16 minutes;Ramirez's second yellow card, having received his first for diving, left Boro in dire straits and Marc Pugh and Charlie Daniels completed the rout midway through the second half. 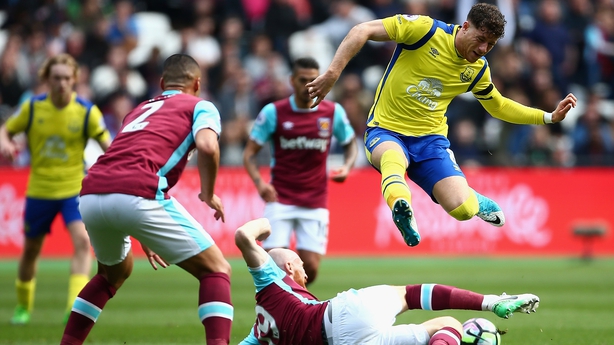 In a game of half-chances, Manuel Lanzini's goalbound second-half effort was the closest any of the two sides came to finding a goal.

With the share of the spoils, the point takes Everton above Arsenal into sixth-place but the Gunners have three games in-hand over their Merseyside rivals.

Meanwhile, West Ham edged closer to safety as they remain in 13th place, seven off the drop zone.