Chelsea and Tottenham lead the way in the PFA Premier League Team of the Year with four players each.

Blues midfielder N'Golo Kante and winger Eden Hazard, both nominated for the PFA Player of the Year award, are included along with defensive duo Gary Cahill and David Luiz.

Spurs, who currently trail leaders Chelsea by four points in the title race, are represented by midfielder Dele Alli and striker Harry Kane, as well as full-backs Danny Rose and Kyle Walker.

Manchester United's David De Gea gets the nod in goal, while Merseyside duo Sadio Mane, of Liverpool, and Everton's Romelu Lukaku, the division's top scorer with 24 goals, complete the line-up.

While Kane and Lukaku are also on the shortlist for player of the year, the other two nominees, United's Zlatan Ibrahimovic and Alexis Sanchez of Arsenal, miss out.

Anthony Knockaert is one of four Brighton players in the Championship Team of the Year.

The French midfielder, the Championship's Player of the Year, is joined by goalkeeper David Stockdale and defenders Bruno and Lewis Dunk for the Seagulls, who celebrated promotion on Monday. 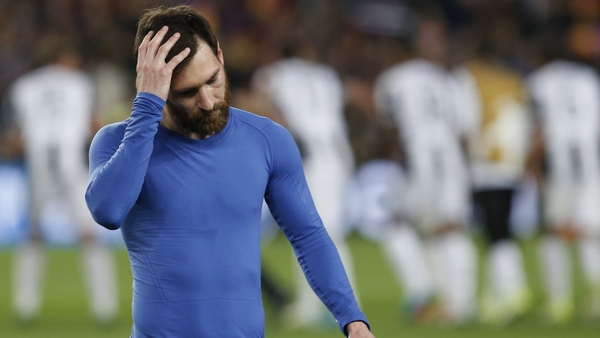 Dunphy: Messi could be bound for Man City as Barca reach end of an era