Monaco secured their place in the semi-finals of the Champions League with a 3-1 win over Borussia Dortmund at Stade Louis II.

The Germans were up against it in the second leg having lost 3-2 at home last week, the match played a day later than originally scheduled after three bombs exploded close to the Dortmund bus, leaving defender Marc Bartra in hospital with arm injuries.

Although the Spaniard was able to attend the return match in Monaco and sit with his squad on the bench as well as deliver the final part of what was most-likely an emotional team talk, there was to be no fairy-tale ending as the Ligue 1 leaders completed the job with another impressive victory.

Following a five-minute delay to kick off after the Dortmund team bus had been held up by police en route to the stadium, Mbappe fired the hosts into an early lead. 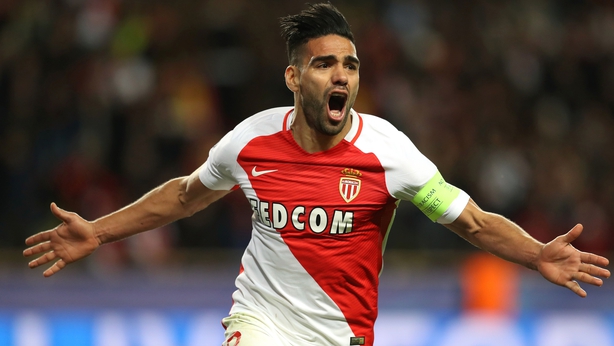 Dortmund midfielder Nuri Sahin hit a post with a free-kick before Falcao headed in a second for Monaco on 17 minutes to all but end the match as a contest.

German midfielder Marco Reus netted a consolation for Dortmund at the start of the second half, with Monaco substitute Germain adding a late third for Leonardo Jardim's well-drilled outfit just moments after coming on.

Dortmund were earlier left unimpressed by their delayed arrival, which the Bundesliga club said in a post on Twitter was because the bus had been stopped by police "for approximately 20 minutes without justification".

Whatever the reasons behind the travel issues, there was nothing but support for Dortmund inside the ground.
Before kick-off, the home fans showed solidarity by unveiling a banner which read: "BVB: You Will Never Walk Alone" as the anthem played out around the Stade Louis II.

When the action got under way, hopes of a recovery from Dortmund were dealt an early setback when Mbappe swept Monaco in front after just three minutes.

Defender Benjamin Mendy charged forwards down the left and shot from just outside the penalty area.

Dortmund keeper Roman Burki could only parry the ball, which fell straight to Mbappe and the 18-year-old coolly slotted into the bottom left corner.

The Germans then needed three goals without reply, and came agonisingly close to reducing the deficit when Sahin curled a 20-yard free-kick over the wall but against the inside of the post before the ball bounced along the goal-line and away. 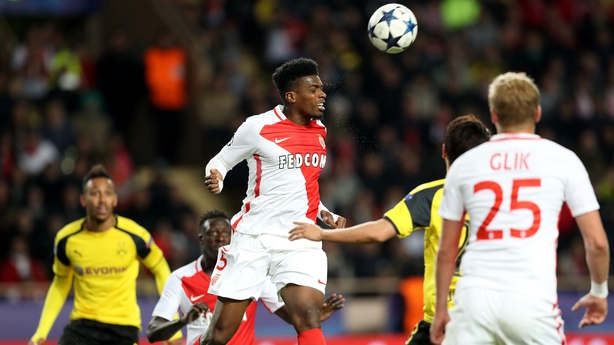 Monaco then doubled their lead on 17 minutes following a flowing break when Thomas Lemar curled the ball into the Dortmund box from the left and Falcao dispatched a diving header into the bottom right corner.

The Germans regrouped at the interval, with Tuchel again switching formations as Marcel Schmelzer replaced Sahin at the start of the second half to fill in at left-back with Raphael Guerreiro shifting to midfield.

Reus, who had missed the first leg with a hamstring injury, pulled a goal back within three minutes when he smashed a cross from Dembele into the top corner after the teenager had charged down the right.

As the hour mark passed, Monaco had a great chance to put the tie out of reach when a long ball found Falcao in space, but although the Colombian twisted past defender Matthias Ginter, he could only stab the ball over both the keeper and the crossbar.

With nine minutes left Monaco substitute Valere Germain, who had only just come on for Mbappe, swept the ball in at the far post following a run down the left by Lemar.