Barcelona boss Luis Enrique believes his side can pull off another stunning comeback to advance in the Champions League.

The Catalan side looked down and out after losing the first leg of their last-16 tie 4-0 against Paris St Germain in February, but produced a remarkable 6-1 second-leg triumph last month to reach the quarter-finals of Europe's premier club competition.

They gave themselves another mountain to climb as they suffered a crushing 3-0 loss to Juventus in Turin last Tuesday in the first leg of the last-eight meeting, but Enrique has warned Barca should not be written off just yet.

"We will try right until the end," he said at his pre-match press conference, quoted on www.fcbarcelona.com, ahead of Wednesday's second leg (Live, RTÉ 2, 7.45pm).

"Those who experienced the night against PSG at Camp Nou will have another chance to enjoy a historic evening. Right until the 95th minute, we have to be united.

"We have to get the fans involved in our game and our intensity. We need Camp Nou to bounce to experience another special evening.

"Many results at home and the recent comeback against PSG are statistics that invite optimism. We have to create a collective crazy atmosphere so our players can perform at their best.

"We need to intimidate a team like Juventus to the maximum. If we score the first goal, Camp Nou will get the second and the third will come by itself."

Paulo Dybala struck twice in the first half and Giorgio Chiellini added a rare third after the break as Juve claimed a commanding advantage. 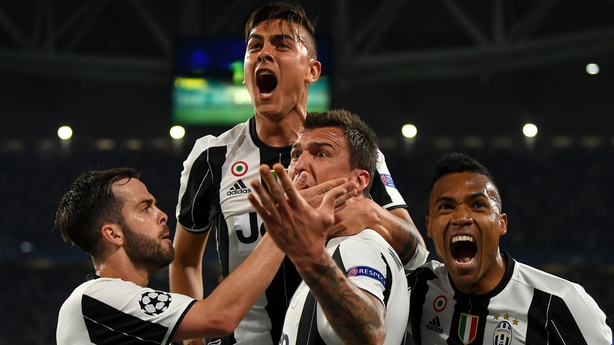 Enrique expects the visitors will create more chances to score on Wednesday, so says Barca's approach must be to aim to score five goals.

"The key will be to clinical in front of goal, create chances to dent our rivals' confidence... calm the emotions of our players and attack, attack and keep attacking," he said.

"Our goal is to score five goals."

Javier Mascherano (calf), Arda Turan (groin) and Jeremy Mathieu (ankle) all trained with the squad on Tuesday morning, while Sergio Busquets is available after missing the first leg through suspension.

"Mascherano's recovery is good news," Enrique said. "He is in perfect shape and will be available for (Wednesday).

"Recovering Busi is always great news. He is one of the most tactically intelligent players there is and a key member for us. The more he can do, the better for us."