The 29-year-old kept his first clean sheet in almost two months in Sunday's 1-0 win at West Brom which lifted the Reds to third in the Premier League.

Roberto Firmino's first-half header sealed a deserved victory and saw Liverpool move above Manchester City in the race for the top four but Mignolet wants more from the Reds.

"The last few performances against these teams like Burnley, Stoke and today West Brom, we need to learn from that," he said.

"We have to keep going."

"We can only get better for it but I think we proved what we can do away from home again.

"To be resilient, and to grind a result out, that's what we did, and I think everybody is pleased with that."

Liverpool host Crystal Palace on Saturday before playing Watford, Southampton, West Ham and Middlesbrough in their final four games and are six points ahead of fifth placed Manchester United, although United have two matches in hand.

Mignolet made a crucial second-half save to deny Matt Phillips to preserve the points at The Hawthorns and wants to build on the result. 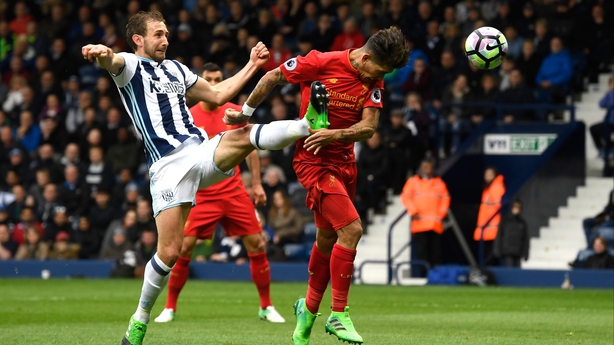 "Not only the three points but a clean sheet also, we're very pleased with that," he told the club's official site.

"We know it's a difficult place to go to, West Brom, especially the last 10 minutes, but we dealt well with it and I think we deserved the three points. Now we have to keep going.

"The main thing is we kept a clean sheet, so one goal was enough to get the victory. We're on a good way, five games to go, and we want to get as many points as we can."

Defeat saw Albion fail to score for the fourth straight game and Darren Fletcher admitted they need to be more clinical.

"We've got to take our chances in the Premier League. This recent run has been disappointing but we've been getting into good positions," the captain told the club's official site.

"We'll keep battling as long as there's points to play for."