Bray Wanderers enjoyed a very Good Friday at Oriel Park as they left the home of the champions with all three points following a controversial 3-1 win over Dundalk.

In a week when Stephen Kenny questioned Dundalk’s penalty record over the past 12 months, Bray Wanderers were awarded two highly controversial ones here by the match official Jim McKell.

The rejuvenated Gary McCabe converted both - either side of a Stephen O’Donnell equaliser - before Ryan Brennan put the seal on a victory that moves the Seagulls level on points with Dundalk in second place, nine behind leaders Cork City. 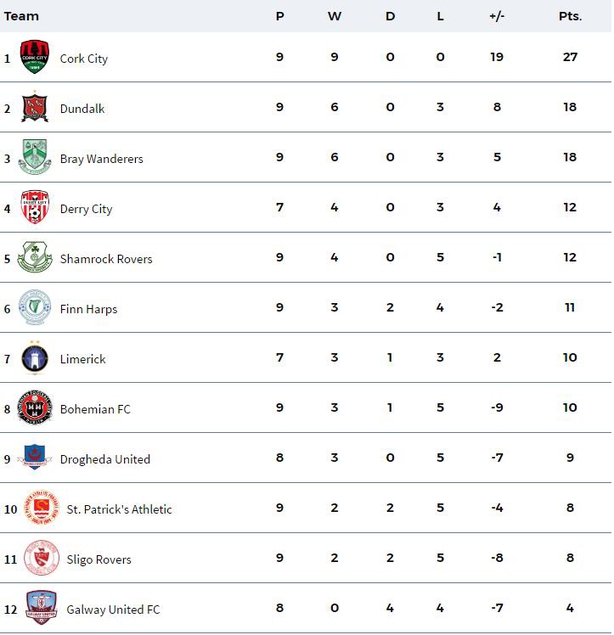 Goalkeeper Peter Cherrie was one of three Bray Wanderers players making a return to his old stomping ground and he was called into action for the first time in the ninth minute.

Michael Duffy’s corner was only half cleared to Conor Clifford on the edge of the box but his effort was gathered safely by the Scottish netminder.

Cherrie was given a stiffer examination eight minutes later. The impressive Jamie McGrath collected a fine crossfield pass from Chris Shields to make a yard on Jason Marks and get a fierce effort away but Cherrie did well to turn it behind for a corner.

Dundalk were able to recall Patrick McEleney and he went close to bringing the house down with a curling effort that just cleared Cherrie’s bar in the 26th minute.

Harry Kenny’s side never really posed a threat in the opening half but they went within inches of edging in front in the 31st minute.

A devilish corner from the left took a nick of Brian Gartland’s head and flew towards goal but Niclas Vemmelund was on the line to rescue his teammate by hacking the ball to safety. 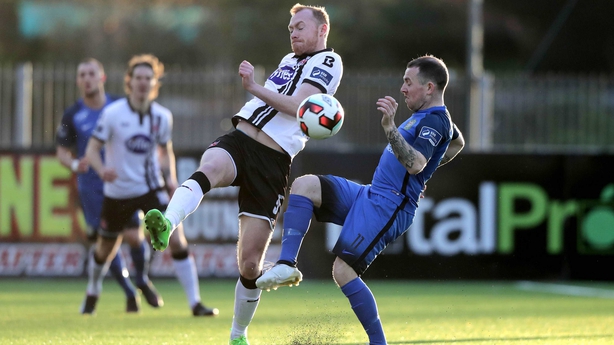 At the other end, Dundalk continued to apply the pressure with David McMillan heading straight at Cherrie and McEleney also firing down his throat before the break.

O’Donnell came on to replace Conor Clifford at the break, three years on from rupturing his knee ligaments in a Good Friday clash with Shamrock Rovers.

And Dundalk opened the second-half as they ended the first with Michael Duffy latching onto a McEleney pass to cut in from the left and curl a right-footed shot just wide of the post.

The cat was thrown amongst the pigeons four minutes later when McKell adjudged O'Donnell to have pushed Aaron Greene to the deck with the Bray forward running out of road close to the byline and McCabe stepped up to squeeze his spot-kick inside Gary Rogers’ left-hand post to stun the natives.

McMillan had a great chance to draw level two minutes later but he couldn’t get up high enough to control his header from a McEleney cross.

Parity was restored in the 56th minute when O’Donnell rolled back the years by racing into the Bray penalty area to dink McMillan’s slide rule pass over the advancing Cherrie.

The Oriel Park faithful were left seething when McKell penalised - and then booked - Shields for making what looked like a superb sliding challenge on Connolly 12 minutes later.

And their mood darkened even further when the official pointed to the spot again from the restart with Ryan Brennan adjudged to have been fouled from the free-kick.

With boos ringing around the ground, McCabe stepped up to face Rogers again and the outcome was the same, the Bray midfielder planting his effort to the goalkeeper’s left.

Stephen Kenny’s side were still trying to clear the cobwebs when they found themselves staring down the barrel of a third league defeat in nine games.

Niclas Vemmelund did well to cut out a cross from the right but  Brennan was on hand to slam the rebound past Rogers, secure Bray Wanderers a huge win, and leave Dundalk’s hopes of four-in-a-row in crisis. 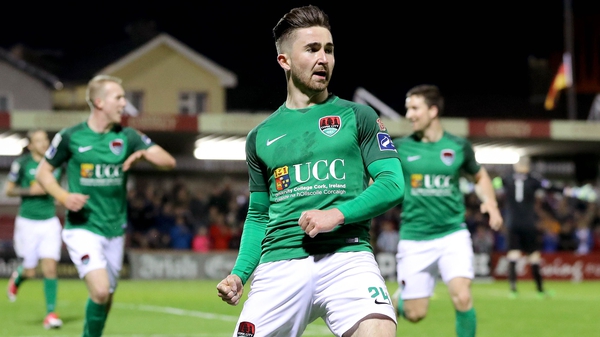