James Milner is not paying attention to the results of the teams vying with Liverpool and remains confident of a top-four finish for the Anfield side if they can continue their six-game unbeaten run in the Premier League.

Liverpool have climbed to third in the table with four wins in their last six league games and are two points ahead of fourth-placed Manchester City, who have played one game fewer.

None of Liverpool's six remaining games are against teams in the top seven and left back Milner has urged his team mates to take advantage of a friendly fixture list.

"The position we are in means it is irrelevant what other teams think and do," Milner revealed.

"That is one thing that can never be thrown at this squad, that we lack desire and a will to win, and the attitude to come back again"

"We know that if we do the business in our remaining games, it will be good enough I am sure. It is down to us.

"We don't want to get sidetracked or have to worry about other results. Hopefully, we can take care of business ourselves." 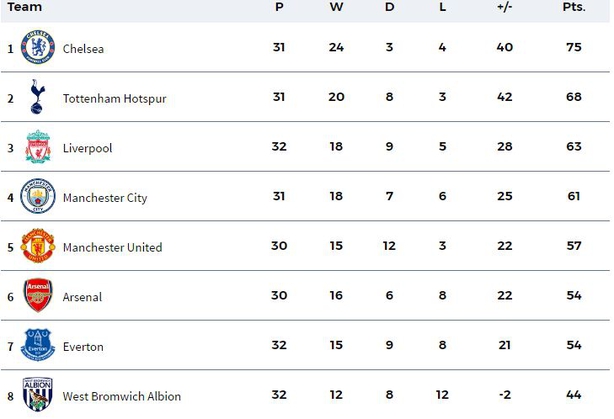 Milner praised Liverpool's spirit after they came back from a goal down to beat Stoke City 2-1 last weekend.

"That is one thing that can never be thrown at this squad, that we lack desire and a will to win, and the attitude to come back again.

"We have done it many times and that belief to keep going and get three points is there," Milner said.

"We have injuries all over the place, it is that time of the year and you just have to suck it up and keep going. We just need that consistency really."

Liverpool next face eighth-placed West Bromwich Albion at the Hawthorns on Sunday.