David Moyes' comments to a female journalist was simply "banter" and the Sunderland manager's upstanding character should be taken into account before judgements are made, according to Eamon Dunphy.

The FA has announced it is "seeking observations" from Sunderland after Moyes had earlier apologised for an exchange with BBC Newcastle and Radio Five Live reporter Vicki Sparks.

Following an interview following Sunderland’s 0-0 draw with Burnley on 18 March, the former Everton and Manchester United manager was recorded off camera saying: "You were just getting a wee bit naughty at the end there, so just watch yourself. You still might get a slap even though you're a woman.

Both Moyes and the reporter were heard laughing afterwards, and Moyes has confirmed he has offered an apology to Sparks.

The FA have said they will investigate further, but speaking on 2fm’s Game On programme, Dunphy says it was “Glasgow street slang” and nothing aggressive.

“I think you have to take into account David Moyes’ character and I think he is a real decent guy,” he said.

"I think that was a bit of banter. I think there was humour, not anger in his voice"

“Always has been. Even in adversity such as his seven-month spell at Manchester United when he was thrown out.

“I think that was a bit of banter. I think there was humour, not anger in his voice.

“That thing about giving a woman a slap is kind of Glasgow street slang really. If it was said in a formal setting in a press conference or in any formal way, I think it would be far more serious.”

The RTÉ pundit said that while it was a most serious topic, Moyes deserves the benefit of the doubt based on his character.

“I don’t think we can be sanguine about anything that hints at domestic violence, or any kind of violence against women,” he told listeners.

“He’s not Donald Trump. He’s been around a long time in football and he’s a man that everyone respects"

“It’s very, very serious, but I would factor in David Moyes’ character. There was a little chuckle at the end of it and the lady accepted his apology.

“All things considered, I would say, ‘okay, it’s noted and it’s over’.

“It may have been a joke and I think it was.

“He’s not Donald Trump. He’s been around a long time in football and he’s a man that everyone respects.

“Outrage is easy to fake. To voice outrage is to be on the safe side. I think you should always take all the circumstances into account and say what you believe.

“I don’t think he deserves any sanction, other than the one he is probably giving himself.” 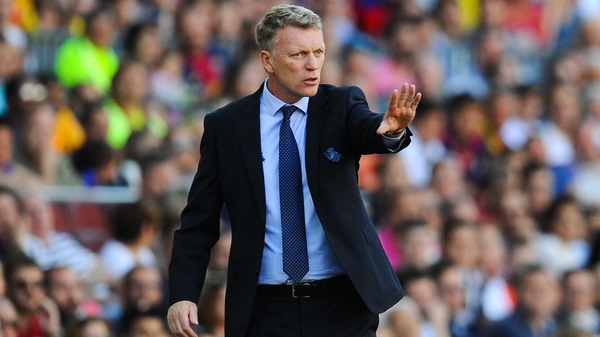