You asked for it, so here's Conan Byrne's absolute cracker for St Pat's. Watch full highlights on Soccer Republic on Monday #soccrepublic pic.twitter.com/A20QyRjVVz

Conan Byrne scored a goal of the season contender from the halfway line as he inspired St Patrick's Athletic to a second Dublin Derby win of the week over Bohemians at Dalymount Park.

Christy Fagan opened the scoring for the Saints seven minutes before half time before Byrne scored immediately either side of half time to wrap up the three points with plenty to spare. 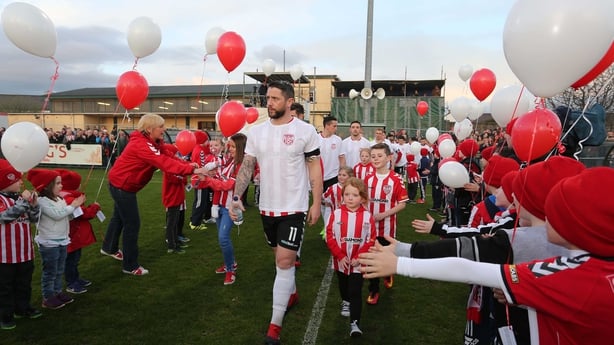 The visitors raced into a 2-0 lead before half-time thanks to Gary McCabe and Aaron Greene's strike before a tremendous second half comeback by Kenny Shiels' side, which saw Aaron McEneff and Dean Jarvis both finding the back of the net.

It was an emotional evening at Maginn Park before the kick-off as there was a number of poignant tributes to Derry's late captain Ryan McBride. 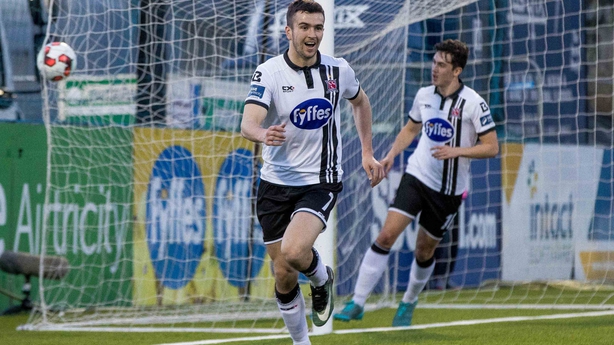 Dundalk bounced back from their defeat against Cork City last week to take the Louth bragging rights yet again with a 3-1 victory over neighbours Drogheda United in an eventful derby at Oriel Park.

Dundalk raced into a commanding position thanks to goals from David McMillan and Michael Duffy inside 26 minutes.

Marc Griffin hauled the Drogs back into the game, the striker punishing Gary Rogers for an error to give Pete Mahon’s side a new lease of life before the break.

However, the Boynesiders saw their hopes go up in smoke when former Dundalk man, Ciaran McGuigan, was dismissed in the 72nd minute with Brian Gartland stabbing home from the resulting free-kick to secure the points. 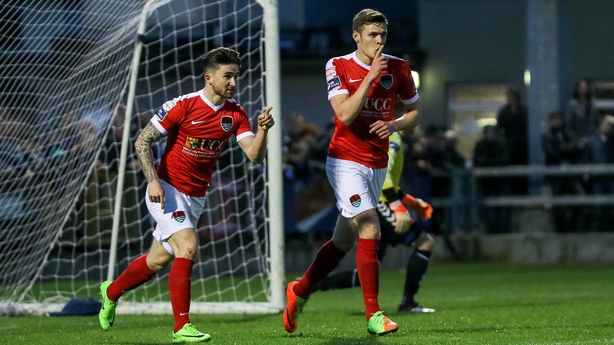 Cork City strolled to success on Shannonside to maintain their perfect start in the SSE Airtricity League Premier Division with a three-nil win over Limerick.

The visitors rarely looked to be in trouble as an early goal from Sean Maguire set them on their way.

Garry Buckley struck just before half-time to double Cork's lead and while Limerick made a host of changes at the break Gearoid Morrissey scored a stunning long-range goal a minute into the second half to kill off the game. 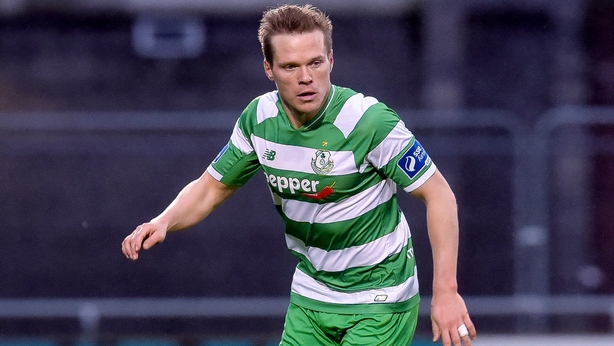 A  90th minute winner form Simon Madden broke Finn Harps’ hearts at Tallaght Stadium after the Donegal side had recovered from 2-0 down.

Terrific early strikes from distance from David McAllister and Ronan Finn looked to have Rovers in control. Harps refused to lie down, though, and stormed back in the second half to level through Caolan McAleer and Paddy McCourt.

But Madden then struck at the death to steal the points for Rovers as they leapfrogged Harps up into the top half of the SSE Airtricity Premier Division table.