Debutant John Egan was cautioned for a foul on the edge of the box, which allowed the Bristol City midfielder to curl the ball over the wall and past the unsighted Keiren Westwood into the bottom corner of the net.

The goal was much deserved on the balance of play in the opening period as the hard-working visitors played through a disjointed Ireland XI, who were much changed from Friday’s World Cup qualifier draw with Wales.

Indeed, Martin O’Neill stayed true to his word and made nine changes for tonight’s encounter, with Jeff Hendrick and James McClean the only two players taking to the pitch who started against Wales. 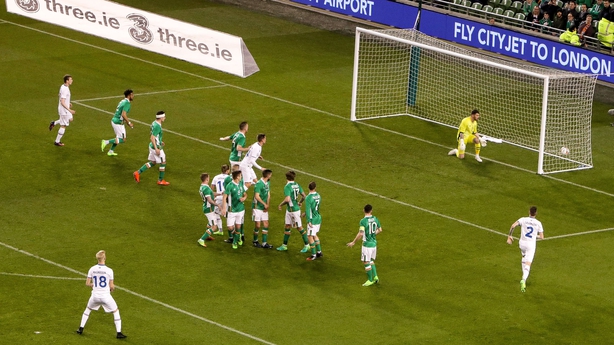 But in truth, the new-look Ireland side looked second best throughout that opening period and could not manage to create anything of note in the first half.

The Irish upped the tempo in the second half yet still failed to exert any pressure on the visitors’ goal, although there were some encouraging signs as full-backs Robbie Brady and Cyrus Christie were getting forward on every occasion.

O’Neill looked to his bench to drag his side back into the contest but, again, his side lacked creativity and the only route to goal came from balls in from the flanks.

Ultimately, nothing really bothered this well-organised Iceland side and they deservedly held on for the victory. 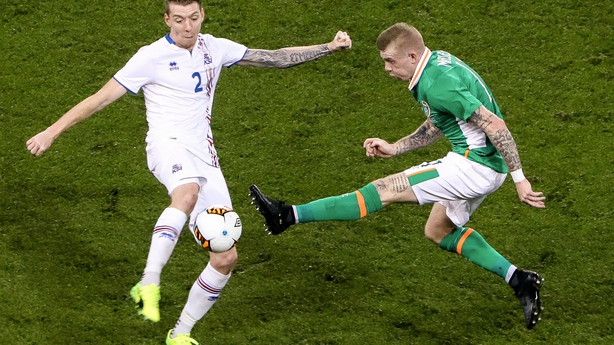 Ireland started the night with a good old-fashioned 4-4-2.

The manager appears determined to make a centre-forward of James McClean as he joined Kevin Doyle in attack.

However the West Brom man had little impact in the opening half as his energy was wasted making runs into the wrong areas and never linking up play or holding the ball up.

Two rash challenges were about his only contribution and while thankfully no real contact occurred, considering the injury Seamus Coleman suffered on Friday, you would have to put them down as irresponsible.

There was a real lack of cohesion in the team with two wide men leaving the midfield of Jeff Hendrick and Conor Hourihane a little exposed and it was only late in the half when the Irish full-backs ventured forward did Ireland enjoy any sort of impact in the opponents’ half.

The team only really started to play like a unit when Eunan O’Kane came on with 30 minutes remaining as the Leeds midfielder dropped in to take the ball from defence and push forward, helped by some strong running by fellow subs Daryl Horgan and Callum O’Dowda. 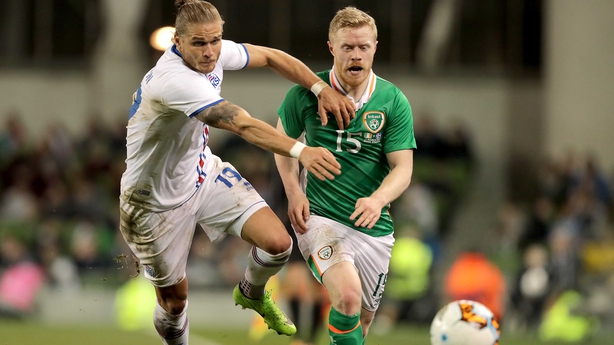 It took 63 minutes of very average international football before Daryl Horgan finally got a chance to show what he could do in a green jersey.

It was certainly the most excited the Irish fans had appeared all evening as Horgan came on for Jonny Hayes, and within minutes, the former Dundalk man slipped past his marker with ease to deliver two ideal crosses at pace across the face of the goal.

Andy Boyle was also a late substitute and with most of the play in the opponents’ half for the final 30 minutes, Boyle had a relatively quiet debut but did well on occasion, looking composed, and also got himself forward in the final moments to make a nuisance of himself in the box.

There were also international debuts for John Egan and Conor Hourihane and unfortunately both players had a role in the only goal of the game.

Egan was penalised for dragging out of the striker, which gave away the free-kick, while Hourihane conspired with Hendrick to allow the free-kick between their heads as Iceland took the lead.

On the ball, Hourihane looked neat and tidy and always found his man, and worked hard against a decent Iceland team who enjoyed the lion’s share of the first half.

Egan, to his credit, defended with authority throughout and made several strong aerial challenges at either end of the pitch before he came off after 62 minutes. 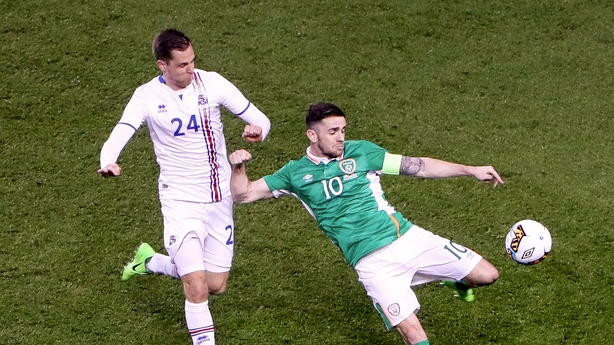 Man of the Match - Robbie Brady

The Ireland manager named Brady captain for the game and had the opportunity to experiment with the Burnley man in an advanced role.

However, Brady was handed the left-back role and while Ireland were crying out for a bit of creativity up front, the captain spent most of the game in his own half.

Brady certainly helped to dictate the play in the second half, driving forward at every opportunity, and his set-piece delivery was a big improvement from what was on offer on Friday night.

However, the team performance was not up to scratch and if Brady was the best player on the pitch, it says little about the other performances in green.

“Horgan, coming on, did really fine …”

Martin O’Neill: "First half, we didn’t do well at all. We were better in the second half but creating some clear-cut chances is something that we have to do better.

“Tonight will be great for some of the players to know what it is like to step out there and play international football.

“Horgan, coming on, did really fine, caused problems, put in great balls but unfortunately we were not able to put the ball in the back of the net. Horgan should be pretty pleased with his contribution.

“We lost the game but there are positives to come out of it.

“Seamus (Coleman) is much better today and is in much better spirits and is getting out tomorrow, I think. He is very positive.”