Neil Taylor’s reckless challenge on Republic of Ireland captain Seamus Coleman, which resulted in a red card for the Welsh defender, was roundly condemned by the RTÉ soccer panel.

A point moved Martin O’Neill’s side joint-top of Group D following Serbia’s earlier win over Georgia, but the battling 0-0 draw was marred by the awful challenge on Coleman which reduced the visitors to 10 men with 20 minutes remaining at the Aviva Stadium.

The Everton man was in clear distress and was taken from the field of play with an oxygen mask and speaking in the studio afterwards, Richie Sadlier said the incident put a dampener on the occasion.

“It was appalling... Seamus Coleman won’t play football again for a little while,” he said.

“We wish him well, but that was a real stain on tonight’s game.”

Fellow pundit Liam Brady suggested that some increased aggression after the break may have stemmed from Ireland "dishing it out" in the first half, but said it was clear immediately it was a serious injury for the marauding full-back.

“As soon as I saw it, I feared the worst,” he said. “It was disgusting, absolutely disgusting. It was late and high. 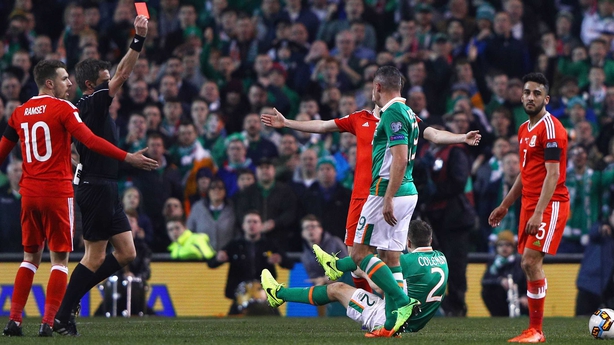 “It was vicious and nasty"

The FAI tweeted that the Donegal man had suffered a “serious injury” and manager Martin O'Neill said Coleman suffered a "bad break".

Eamon Dunphy concurred with both Sadlier and Brady and said referee Nicola Rizzoli was left with little option but to dismiss the Aston Villa defender.

“It was vicious and nasty. He deserved the red card... the referee didn’t hesitate,” he told listeners.

“Everyone in this stadium winced when they saw it.” 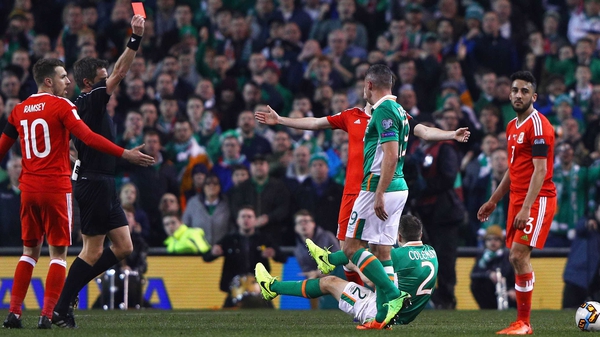