Republic of Ireland Women's head coach Colin Bell has named his squad for the upcoming international friendly against Slovakia.

Ireland face Slovakia on Monday, April 10, with kick-off at 4pm at Tallaght Stadium as Bell looks to build on their impressive Cyprus Cup campaign.

Bell's side secured fourth spot in the tournament, their highest-ever finish, with wins over Czech Republic and Wales, and a draw to Hungary before eventually losing to Korea DPR in the third/fourth-placed match.

With a number of the younger players, Roma McLaughlin, Amanda McQuillan and Leanne Kiernan, set to feature for the Women's U19s side in the UEFA Elite Round phase, Bell has selected an experienced squad for the friendly.

Glasgow City defender Keeva Keenan has been called up to the squad for the first time since the Basque Country friendly in 2014 and Shelbourne Ladies netminder Niamh Reid-Burke also returns.

Shelbourne Ladies forward Siobhan Killeen has also been called into the squad, as has Manchester City midfielder Megan Campbell. 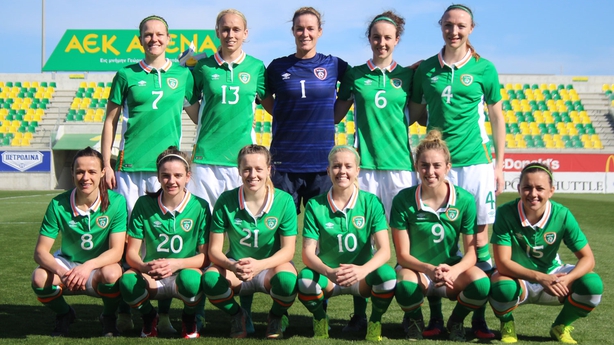 Bell said: "I'm really looking forward to my first home game with Ireland. It's really important that we look to recapture the form we had in the Cyprus Cup.

"We'll also have more time to train in camp which will be great for me to look at our shape and style of play in more detail, and also get to know the players even more.

"I've brought in Keeva Keenan who has performed well in Scotland this season and has been on my radar so it will be great to get to work with her.

"It's also great to have Julie-Ann available after missing the Cyprus Cup and I'm looking forward to working with her.

"The young players will all stay with the U19s and hopefully help them qualify for the European Championships through the Elite stage.

"I'll be going out with the U19s myself before I'm in camp with the senior team and I'm looking forward to getting to know them as well."