Kevin Doyle said he appreciates pulling on the green shirt more than ever before and is is desperate for a chance to add to his 14 international goals.

The Colorado Rapids striker opened his account for his country 10 and a half years ago in a 5-0 hammering of San Marino.

An ever-present in Steve Staunton and Giovanni Trapattoni's squads, the 33-year-old Wexford man didn't make the panel for last summer's Euros in France, but he's always made himself available to Martin O'Neill, and says he feels razor sharp after a good pre-season with the MLS club.

"I'm just delighted to be over here," said Doyle.

"I feel fit, I've had a good pre-season. I'm probably fresher than the other lads.

"I've got a good few goals for Ireland and I'd love to add to that. You never know when it will be your last time.

"The manager says he's seen me play this year and hopefully I can make a contribution. It's nice coming back and playing with the lads.

"I appreciate it coming back now, probably more than I ever have." 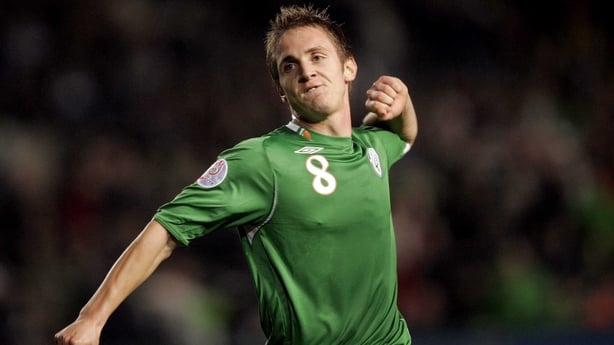 Ireland have been plunged into an injury crisis ahead of the crunch World Cup qualifier against Wales this Friday night.

It could open the door for the experienced ex-Reading and Wolves attacker to feature; though he's not taking anything for granted.

"It means I've a better chance of getting on the pitch!," he joked.

"No, there's still plenty of bodies here. I'll be retired long enough. I won't be retiring officially, I'll be here when I'm picked."

Republic of Ireland squad as it stands

Watch Republic of Ireland v Wales live on RTÉ2 from 7pm Friday, listen live on 2fm's Game On and follow our live blog on RTE.ie and the News Now app.