Southgate revealed that Rooney could return from a short-term knee lay-off at the weekend, though England's record scorer was absent from the 26-man group the Three Lions boss has named to face Germany and Lithuania the following week.

Jermain Defoe, Jake Livermore and Luke Shaw were all included, as were four uncapped players, and Southgate conceded Rooney's exclusion can in part be attributed to his limited opportunities under Jose Mourinho.

The 31-year-old has started four games in 2017 and only last month he released a statement stating he would be remaining at Old Trafford despite interest from the Chinese Super League.

"I've talked with Wayne and I think there's a chance he's fit for the weekend," Southgate said.

"But also, the injury, coupled with the fact he's really not had a lot of game time recently, and others have in that area of the pitch, has sort of determined my decision on that one."

Rooney's absence is even more surprising given the depleted options Southgate has in attack as Harry Kane and Daniel Sturridge are both out injured. 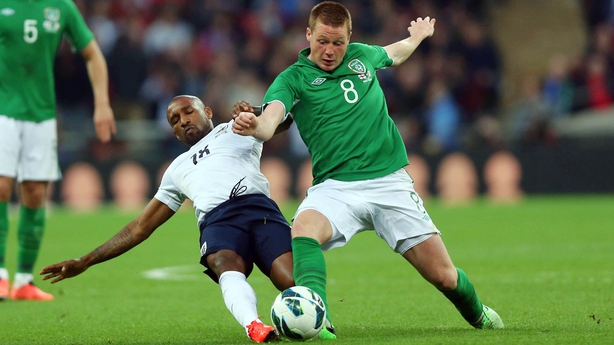 That has led to a recall for 34-year-old Sunderland striker Defoe four years on from the last of his 55 caps, as well as teenager Marcus Rashford's presence in the senior squad as opposed to Aidy Boothroyd's Under-21s.

Kane is the only English player to have plundered more Premier League goals than Defoe this term and Southgate views his age as just a number.

"It was important not to look at somebody's age and dismiss them from your thinking," Southgate said.

"His goalscoring record generally is phenomenal, but in particular this season in a team that perhaps aren't creating as many chances as other teams. His strike-rate is outstanding. I didn't want to look at his age and think he's finished with England."

Defoe earned the nod ahead of Andy Carroll, Theo Walcott and Danny Welbeck, all of whom were name-checked at Thursday's announcement by Southgate, who showed he was not afraid to be bold with his first squad since being appointed on a permanent basis.

Uncapped Southampton pair James Ward-Prowse and Nathan Redmond will travel to Dortmund next week, even though Southgate confirmed they will be in Poland with the Under-21s this summer, while Phil Jones, Ross Barkley, Alex Oxlade-Chamberlain and Shaw were all brought back into the fold. 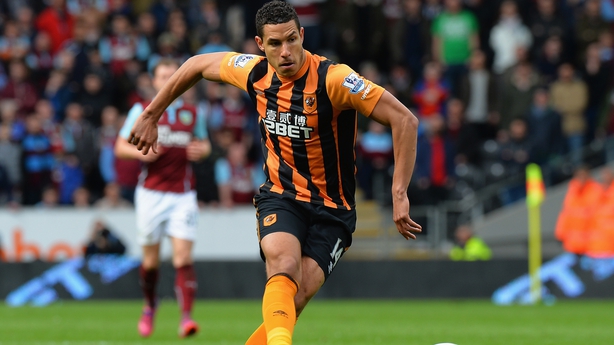 Yet the inclusion that raised the most eyebrows was that of West Brom midfielder Livermore, capped just once previously five years ago.

In 2015 the 27-year-old tested positive for cocaine and was cleared to return in September that year less than two weeks after the Football Association took the death of his newborn son as exceptional mitigating circumstances.

"The decision to call him up is positional," Southgate explained. "Without (Jordan) Henderson and (Danny) Drinkwater we need to find some solutions in defensive midfield players.

"He's a different sort of profile to other midfield players we might have picked. From his own journey it's an incredible story and I'm sure he's taken a lot of strength from what he's been through over the last year or so. It's great to see him now back in the fold."

With no Rooney or Jordan Henderson available, Southgate also confirmed he is yet to decide who will skipper his team for the friendly with Germany and World Cup qualifier against Lithuania.

"We've got one or two that are captaining their clubs as well and others who I think have good leadership potential," said Southgate. "I'll make a decision on the captain for the individual games next week."