Leicester boss Craig Shakespeare hopes to carry on surprising in the Champions League after achieving "the impossible" again.

Wes Morgan and Marc Albrighton were on target as the Foxes overturned a 2-1 first-leg deficit to advance to the quarter-finals 3-2 on aggregate at the expense of Sevilla.

Bayern Munich, Barcelona, Juventus and Borussia Dortmund are already in the last eight, while Manchester City could join the Foxes with victory at Monaco on Wednesday night.

Shakespeare said: "We might just be the surprise team."

"We did it and we proved a lot of people wrong."

It was Shakespeare's first game as a full-time boss after his appointment until the end of the season was confirmed on Sunday.

And he became the third English manager to make the last eight after Harry Redknapp and Sir Bobby Robson.

Claudio Ranieri, who led the 5000-1 outsiders to the Premier League title last season, was sacked after the first-leg loss in Spain, but Shakespeare paid tribute to his predecessor. 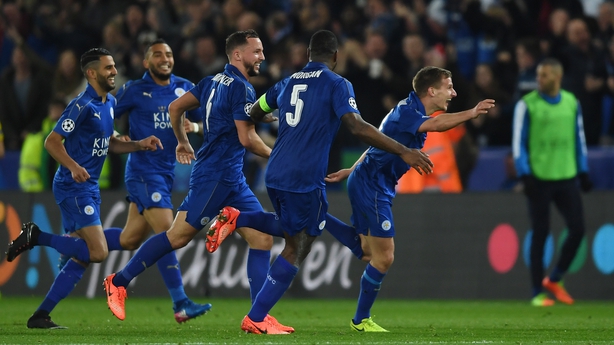 "Claudio will always been fondly remembered by everyone at this football club for what he achieved and helped us achieve," he added.

"The performance in the first leg when Claudio was in charge, that gave us the springboard."

Leicester have won all three of Shakespeare's matches in charge - the Sevilla win followed successes against Liverpool and Hull - despite him sticking with the same team which delivered the unexpected title under Ranieri.

He added: "It was very, very important to get on a winning streak. When you lose, players will lose confidence.

"We needed to get back to winning ways as soon as possible."

Shakespeare lauded his players on a night few in Leicester will ever forget.

"It will be memorable for everyone at the football club," he added.

"It has to stand up there with all the achievements, because of the quality of the opposition.

"It is only over two legs and when you win the league it's over a lot more games."

There was controversy on the night as Samir Nasri was sent off for a headbutt on Jamie Vardy, who reacted dramatically.

Shakespeare said he was yet to see a replay, while Sevilla boss Jorge Sampaoli pointed to the incident as a pivotal moment.

Sampaoli, who was sent from the touchline late in the game, also rued his side's second penalty denial of the tie, as Kasper Schmeichel saved from Steven N'Zonzi.

"It became a really tall order after missing the penalty," Sampaoli said.

"The fault lies at the feet of the manager, but I'm really proud of the effort my boys put in." 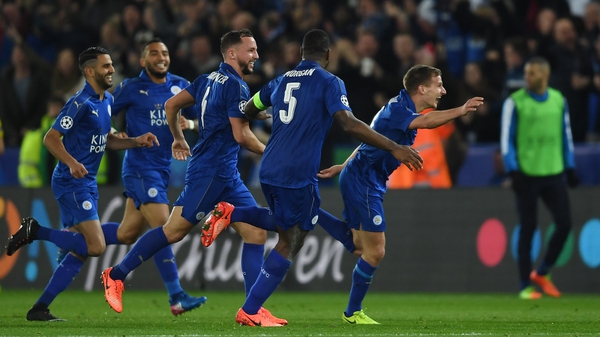